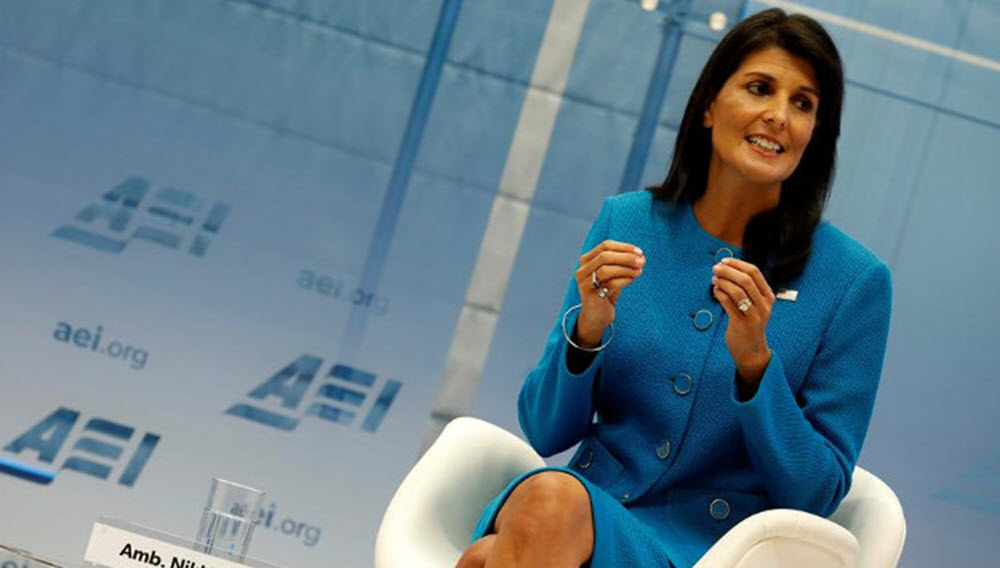 Earlier this week, the Trump administration indicated that it may not certify Iran with compliance to the 2015 nuclear deal in October. However, in the end it, may be up to Congress to decide on the future of the deal.

The US representative to the United Nations, Nikki Haley, said that the Islamic Republic was in violation of the spirit of the deal (at minimum). Also, if President Trump does not actually withdraw from the deal, he is not carrying out a direct breach of the deal with regards to the other signatories who seem to agree that Iran is complying.

After the Trump administration certified compliance in July, it became clear that the President was reluctant to do so. President Trump said that if the decision was up to him alone, he would have ensured they were certified noncompliant.

Earlier this week, Haley said that there would be plenty of justification for Trump to decertify the deal. For one, he could argue that the deal is much too narrow and the scope should be widened to Iran’s spread and sponsor of terrorism, missile testing, human rights, etc.

Haley emphasised that if the deal was uncertified, it would not completely abrogate the nuclear deal but it would put Congress in a position that forces it to take a stand.

Her comments came as President Trump was looking for international support for severe sanctions on North Korea. Trump wants to cut the oil flowing into the country but requires the assistance of China (the main supplier of the country’s oil).

Trump’s task will prove to be challenging, especially if nuclear inspectors deem Iran to be complaint with the nuclear deal. This was the situation last week when international nuclear inspectors said that there was no evidence to suggest that the deal had been materially breached.

Iran’s compliance, Haley stated, is irrelevant because “U.S. law requires the president to also look at whether the Iran deal is appropriate, proportionate and in our national security interests”.

Another obstacle in renouncing the deal is the strong support for the deal in Europe, China and Russia. Haley pointed out that the Trump administration has repeated to its allies in Europe that the “America First” slogan does not mean that America is going alone, but in this case it may be necessary for it to go alone.

She emphasised that this is a national security issue to the US – not a “European security” issue.