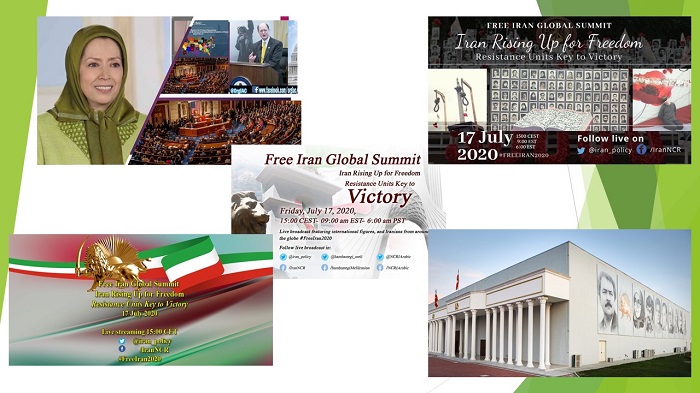 On July 17th this year, the Iranian opposition will commemorate the deaths of 120,000 martyrs and renew their pledge to achieve a free and democratic Iran. Because of the Covid-19 pandemic, this year’s commemoration will be done online from their base at Ashraf-3 in Tirana, Albania.

It was just over 17 years ago, on June 17th, 2003, that the Iranian opposition’s offices were stormed by French forces in Paris and leaders arrested. European governments at that time were attempting to appease the mullahs’ regime in Iran. This strategy came at the expense of the people of Iran and the organized resistance.

1)
In the following thread, we are going to see why the People’s Mojahedin Organization of Iran (PMOI-MEK) is the leading opposition group in #Iran, and why the regime is so terrified of the #MEK. #FreeIran2020https://t.co/VByxB7UDoi

Because of the sacrifices of the Iranian diaspora, Mrs. Maryam Rajavi, the president-elect of the National Council of Resistance (NCRI), was let out of prison on July 3rd and returned to continue the struggle against the mullahs on behalf of her supporters and the people of Iran. At the time of her release, she said “we are proud of the struggle against the religious dictatorship in Iran.”

Every year since that date, there is a grand meeting to confirm Iranians’ determination to achieve a free Iran and pay their respects to the 120,000 martyrs who have given their lives in the pursuit of equality, freedom, and justice. At the same time, support is demonstrated for Mrs. Rajavi and her ten-point plan intended for the future of Iran.

An eclectic gathering joins the Free Iran meeting every year. It brings together human rights activists, members of parliament, officers and generals from the military, and many well-known politicians. At Ashraf-3 last year, at the home base of Iran’s main opposition, the People’s Mojahedin Organization of Iran (PMOI / MEK Iran), nearly 350 attendees from 49 countries took part.  Interviews were given and speeches were made expressing the importance of the NCRI and (PMOI / MEK Iran) in the struggle against the regime in Iran and to further the aim of the Iranian opposition to create a free and democratic Iran.

Iranian Resistance message to the World

The global community must recognize the right to resist against the religious tyranny by #Iran‘s rebellious youth, Resistance Units & the Iranian people. pic.twitter.com/zv6r0lGN07

“We will take back Iran, and we will build a new homeland,” said Mrs. Rajavi in an inspiring speech.

To be noted this year is the bipartisan support obtained in the U.S. House of Representatives on June 17th when a resolution was passed in solidarity with the Iranian people’s demand for a secular, non-nuclear and democratic Iran.

The House representatives stated their support for Mrs. Rajavi’s ten-point plan and they condemned the violence meted out to members of the (PMOI / MEK Iran) and Iranian resistance by the regime’s forces.