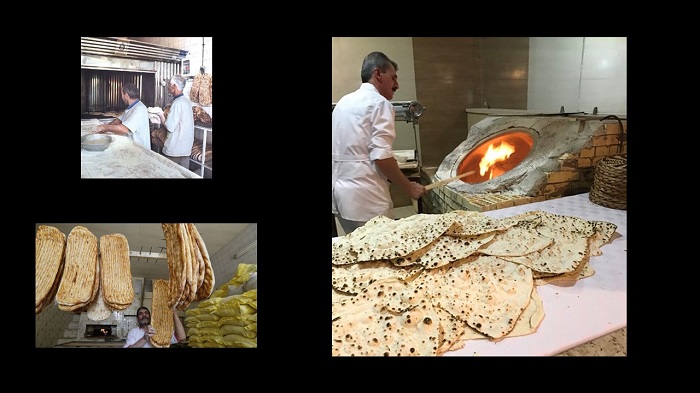 Unfortunately for the Iranian people, the regime is making their lives virtually unbearable by continually increasing the price of basic goods. It has already forced up the price of essentials like housing, water, electricity, train tickets and cars and now one of the most basic of items, bread, has been affected too.

This time the bakers union is being blamed for the increase. That is according to the Fars news media which has strong ties to the Revolutionary Guards or IGRC.

Often it is the poorest who are affected the most by changes in prices especially when rises take place but even the wealthier are affected by the rise in fruit prices. The Iranian regime last Sunday said that the rise in prices was not their fault but the people themselves are the ones to blame.

The rise in prices has put immense pressure on the people, but Rouhani considers Iranians are lucky. What the regime is doing is using the price increases to take money away from the people.

On June 13th a report was released on television regarding the price of fruit and how it is being sold in the market for 400,000 rials, but the cost directly from the farm is only 5,000 rials. This amount does not properly compensate the farmers and results in a loss for them.

Many unfortunate farmers have protested against decisions made by the regime. They have destroyed their products that have been unprofitable to grow or harvest, often directly on the roadside or in front of government offices.

It is the government’s brokers who have been involved in forcing up the cost of basics such as fruit, summer vegetables, grain, and other agricultural products. It seems that the Rouhani government is dead set on forcing up prices of just about everything. It’s easy to see how they can do that to the thongs made by the government such as cars, fuel, public transport, but not so easy to detect when it is brokers involved.

Farmers in Isfahan are relentlessly continuing their protests and demanding their rights.#Iranhttps://t.co/LHxE2M090p

Farmers face lower prices for their products but then these products are sold overseas at higher prices so that the regime gains foreign currency to pay off its budget deficit. A small percentage of agricultural producers are sold at inflated prices in markets to the richest 4% of Iranians.

The Rouhani government has been blamed fairly and squarely for the steep rises in prices of commodities in Iran. “High prices and inflation, the main cause of which is the government itself, have destroyed the economy and the lives of the people and low-income groups,” according to a report in the state-run daily, Jahan-e Sanat.

This sort of looting by the regime has resulted in an increase in poverty, murder, and suicide at an unprecedented rate in the last four decades. The number of suicides alone has doubled in the first three months of this year, according to state-run media.

According to another state-run media outlet, Hamdeli, the middle class in Iran has all but disappeared because of the uptick in poverty. Hamdeli called it “fire under ashes.” By this, they mean that the regime is digging its own grave by deliberately robbing the Iranian people. It is going to mean much bigger protests against the regime according to Hamdeli.

The (PMOI / MEK Iran) and the Iranian Resistance support the people of Iran in their protests against the corrupt regime. Unpaid wages, high unemployment, Mullah’s regime corruption, and widespread poverty will continue until the ruling regime is overthrown and replaced with a democratic alternative. The (PMOI / MEK Iran) and the National Council of Resistance of Iran (NCRI) is an alternative that can end the mullahs’ regime and establish democracy in Iran.