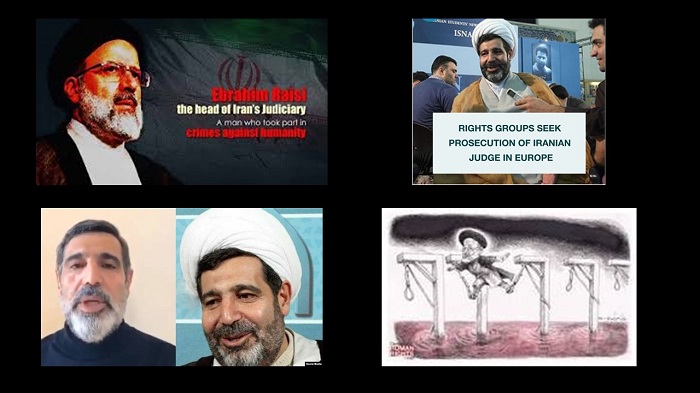 Corruption in Iran is so widespread that many have said that it would be difficult to eliminate it without the regime collapsing. The nation’s wealth has been plundered over the past few decades and the regime has been taking great measures to quash the opposition.

If it is not bad enough that corrupt officials are in such positions of leadership, it is even more frustrating that they are never held accountable for their crimes.

Struan Stevenson, the coordinator of the Campaign for Iran Change and former member of the European Parliament, recently highlighted the case of Gholamreza Mansouri. Mansouri was a judge and has been involved with and has instigated numerous crimes in Iran. He was in charge of a massive crackdown on journalists, ordering their execution, and banning newspapers and censoring the internet.

Corrupt Iranian judge Gholamreza #Mansouri was recently arrested by Romanian police. Many ex-pat #Iranians in #Romania have demanded his indictment for #CrimesAgainstHumanity so that he can face trial in Europe.#HumanRights #Iran #MEK https://t.co/NCBZYM9Tin via @upi

He was recently arrested in Romania where he had fled, seeking medical treatment. When it was disclosed that he had traveled abroad to seek medical treatment, Iranians across the world were outraged and demanded his arrest. For the time being, he is being held in custody, unable to travel back to Iran because of the suspension of flights due to the Coronavirus health crisis.

However, many supporters of Iranians opposition (PMOI / MEK Iran) have been calling on authorities to keep him in Europe so he can be tried there, instead of Iran where he would probably face neither a trial nor be held in any way accountable for his actions.

The fact is that Mansouri’s actions – his suppression of the people, and journalists in particular – is something that the regime as a whole has been doing for many years.

There is more than enough evidence to prove the crimes Mansouri has been participating in.

Gholamreza Mansouri , How and by what mechanism and at what time and with whose help did you leave Germany and what is the role of the regime’s embassy?
How did you enter Romania when the borders were closed and why Romania?@MAE #Romania #Iran #Bucuresti pic.twitter.com/grRUmkXjI9

The Iranian regime’s notion of justice is very different from that of other leaders around the world. A few years ago, Ebrahim Raisi became the head of Iran’s judiciary. This appointment was part of the Supreme Leader’s strategy to make the regime even more hard-line than it already was. Raisi played a major role in the 1988 massacre – a major crime against humanity in which more than 30,000 supporters of the MEK were executed.

The regime has pretended to tackle corruption on several occasions, but this has consisted of nothing more than a few trials that have been put on for show. It has been a waste of time considering that nothing has ever come of them.

The people of Iran want justice. They want the Iranian regime to be held accountable for all of its belligerence. The opportunity to keep Mansouri in Europe where he can be properly tried and held accountable is a great start in the process of justice.

If he was extradited to Iran, no doubt there would be theatrics surrounding a show trial and he would probably turn up dead.

Ultimately, the people of Iran want regime change. Weeding out the mullahs’ corruption is simply not viable given the massive scale of it.