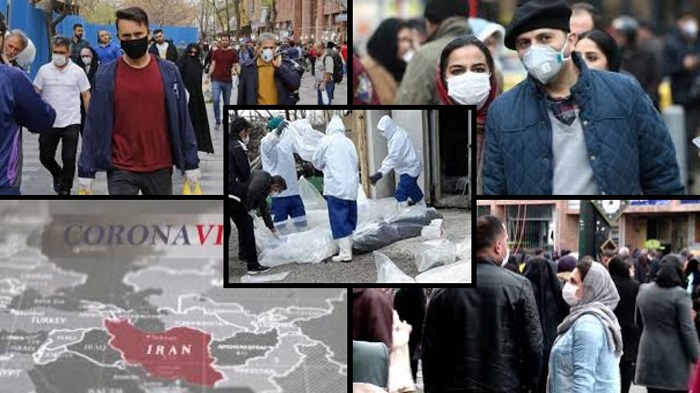 The COVID-19 deaths are now more than 38,300 in 309 cities throughout the country and in 319 cities The People’s Mojahedin Organization of Iran (PMOI / MEK) has reported a total of 42,600. The Health Ministry stated that in the last 24 hours 2,294 more infections were reported, which is the highest in the last 6 weeks and there had been 69 deaths recorded.

More than 42,600 people have died according to the latest figures announced by the People’s Mojahedin Organization of Iran (PMOI / MEK Iran).https://t.co/T2usaLfheW#Iran #MEK #coronavirus @USAdarFarsi pic.twitter.com/VXUKm400YO

The Health Ministry reported that Khuzestan Province has 25% of those infected with the virus. While Lorestan, North Khorasan, South of Kerman, South of Sistan and Baluchestan, and Kermanshah are experiencing challenging times, coping with the large numbers of people with the virus. It doesn’t see any slowing down of the virus at least in the short term. In fact, in Khuzestan, there are now 7,000 infected when just 14 days ago the figure was just 2,000. These numbers were reported today by the state-run daily, Vatan-e-Emrooz.

The Arman daily wrote today that a similar trend was happening in eight provinces which are:

East Azerbaijan is reaching a crisis point due to the overwhelming number of new cases. Saeid Keshmiri, the president of Bushehr University of Medical Sciences, reported to the Arman daily, that there had been a significant increase in the number of infections in the last few days.

The IRGC-affiliated Fars news agency reported on May 18th that because so many people have resumed normal life activities, this action is causing a spike in cases.

Today, Tehran’s Governor, Anoushirvan Mohseni, reported to the Rooz-e No daily that Tehran is the epicenter of the infection because of its high population density. The number of people per square kilometer in Tehran is 12,000 and in Baharestan county, it is 5,500.

Over 42,600 people have died of the novel #coronavirus in 319 cities checkered across all of #Iran’s 31 provinces, according to reports tallied by the Iranian opposition PMOI/MEK as of Monday afternoon local time, May 18.https://t.co/iA5He0rpIx

Today, Dr. Massoud Mardani, a member of the National Coronavirus Combat Taskforce (NCCT), revealed to Salamat news, a state-run daily, that despite Rouhani claiming that the country could export its surplus masks and other safety equipment abroad, there is, in fact, a shortage of medicine, protective equipment, and ICU beds. He says better quarantine needs to take place to lower the number of new cases.

The regime’s officials are speaking out about the disaster that is unfolding across Iran as the regime pursues an opening up of society. It has got to the point that whatever the top officials like Rouhani say, nobody really believes them, even the officials themselves. Rouhani’s lies and hypocrisy are causing him to sink even further into a swamp of his own making.

Because the regime hasn’t been able to cover up the true impact of Covid-19 it has turned to silence those who are speaking the truth. Just last Wednesday, Hossein Ashtari, the regime’s chief of police, stated publicly that no less than 320 individuals were about to be prosecuted for ‘’ disrupting public opinion” with the pandemic. At the same time, it was mentioned that the Cyber Police had allegedly sought out 1,300 websites that had been misinforming their readers about Covid-19. Ashtari wasn’t specific about what methods they intended to use to penalize the website owners.