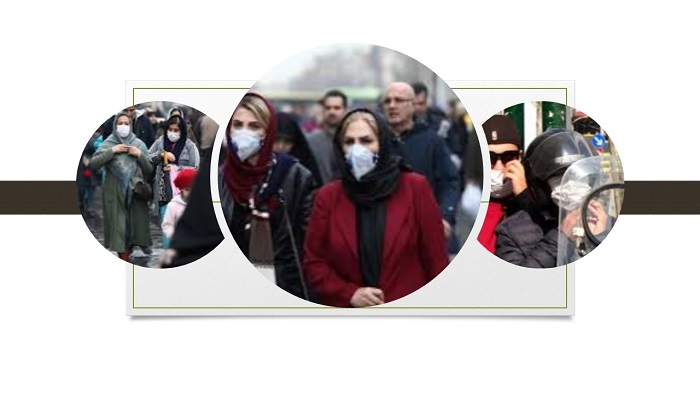 The Iranian regime is reversing restrictions on the movement and activity of Iranian citizens even though there is no sign that the number of infections from Covid-19 has slowed. The Iranian regime appears to have been lying about the number of infections and deaths due to the disease in what some people think is the worst outbreak in the Middle East and one of the worst in the world.

The gap between the official figures and reality is stark. According to the regime, only just over 6,000 people have died from Covid-19, with just over 100,000 confirmed cases. However, the testing regime has been ridiculed and the government has even been sending test kits to Europe rather than using them at home. It doesn’t seem that the Health Ministry is serious about knowing just how serious the problem is in Iran.

The National Council of Resistance of Iran (NCRI) has estimated by contrast that there may have been millions of infections and over 40,700 fatalities. It has arrived at these figures after collating medical records from Iran’s hospitals as well as its own intelligence network in collaboration with the People’s Mojahedin Organization of Iran (PMOI-MEK).

More than 40,700 people have died of the novel #coronavirus in 316 cities checkered across all of #Iran‘s 31 provinces, according to the Iranian opposition PMOI/MEK. pic.twitter.com/aiZ0D96cND

Medical personnel in Iran’s often overwhelmed hospitals have bravely given their assessment of the real picture in Iran, but have been attacked by regime forces for “rumor-mongering.”

The regime has been harassing its own medical staff from early on in the epidemic, threatening doctors and nurses with imprisonment and even flogging if they reveal the true picture of the extent of the disease in Iran.

In March, the MEK’s intelligence network discovered that the disease had already arrived in Iran back in January. Documents held by the National Emergency Organization showed that patients with Covid-19 symptoms had been admitted to Iranian hospitals far earlier than the regime was later to admit. At the same time as 50 people had been reported dying in Qom, the regime claimed that there were only a few people infected with the disease. This policy of disinformation has dominated the strategy of the regime.

The People’s Mojahedin Organization of Iran (PMOI / #MEK Iran), the main opposition to the Iranian regime, has been supporting the people of #Iran for many years.https://t.co/T3H3OO6sOY#coronavirus #COVID19 @USAdarFarsi pic.twitter.com/c1fRX4s0rn

Iran began countermeasures against the disease later than neighboring countries and is now winding down those restrictions earlier. The lies from the regime are becoming daily more obvious as information is leaked out of the country through social media, activists, and elements of the Iranian Resistance.

About a third of the country has been declared “free of virus” even though its own Health Ministry’s advice runs counter to the official policy of reopening the so-called “white zones” up to normal activity. According to the NCRI, some models that have been run in Iran reveal that the number of infections and deaths could double by the end of May unless the regime reverses its decision. This looks hardly likely.

The regime has the assets to get Iran through the epidemic, but is ignoring this possibility. Even worse levels of disease and poverty amongst the Iranian people are going to be the result. One of the main reasons why the regime doesn’t want to use its assets to help its own people is because they want to continue spending the money on funding militant groups in the region, developing the missile program, and generally attempting to look threatening to the outside world. The only way they can continue on this path is to maintain the disinformation campaign and total disregard for the welfare of the regime’s own people.

It’s unlikely that many Iranians will swallow the regime’s lies. Even though many people will do what they can to stave off hunger and financial ruin, the probability that protests against the regime will soon erupt in desperation as they did last November.