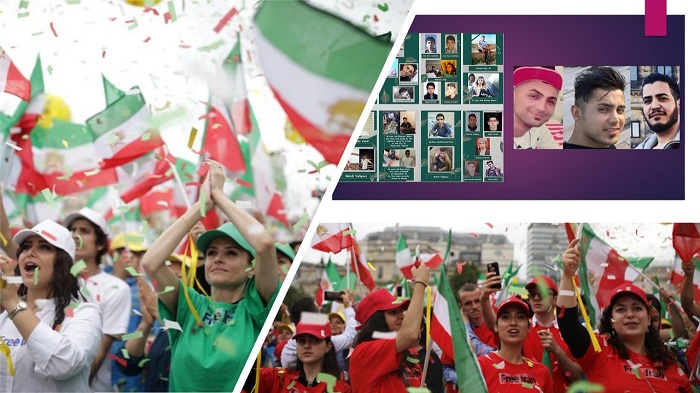 Over the last fortnight, the Iranian regime has become even more oppressive. The mullahs’ Judiciary has approved several death sentences for people arrested at Iran’s countrywide protests in November 2019.

This is a tactic used to scare the people into submission so that they are afraid to take part in protests. This should be condemned by the international community and demands made not to execute individuals just because they stood up for themselves by showing opposition to the regime. Three key political prisoners Amir Hossein Moradi, 26, Saeed Tamjidi, 28, and Mohammad Rajabi, 26, are likely to be sentenced to death just for taking part in a protest. This is something the international community should be condemning.

Iran is just about to erupt

As the following continue to affect Iran, people are appearing out of the woodwork to express their opinions on a few issues including:

On June 29th, the state-run Mostaghel daily revealed that at the end of this year there will be the following in abundance:

These are the three things caused by the regime that might influence political opinion and influence its collapse. This is what is making people like the head of the regime’s Justice Department, Mohammad Reza Habibi, in Isfahan, to openly express their fears of what future lies ahead. He is expecting another uprising to take place and he is quite firm that the regime will not tolerate it.

Ardeshir Motahari, one of the regime’s Members of Parliament, said that as lives worsen in Iran uprisings are going to be more commonplace. Ebrahim Raisi, the regime’s Judiciary Chief, is determined to use his power to halt uprisings.

Meanwhile, The Iranian Resistance has demanded that the “United Nations Secretary-General, the UN Human Rights Council, and the High Commissioner for Human Rights, as well as relevant rapporteurs and other human rights organizations” exert pressure on the Iranian government to save lives.

At the same time that the Iranian Resistance’s The National Council of Resistance of Iran (NCRI) International Conference took place that linked Ashraf-3 and tens of thousands of people at 2,000 locations in many countries in real-time, the Iranian regime’s Ministry of Intelligence and Security (MOIS) distributed a fake message, entitled “Call for 2020 Grand Gathering for an uprising and a Free Iran” to deceive and target supporters of the Iranian opposition with infected malware and waging psychological warfare.