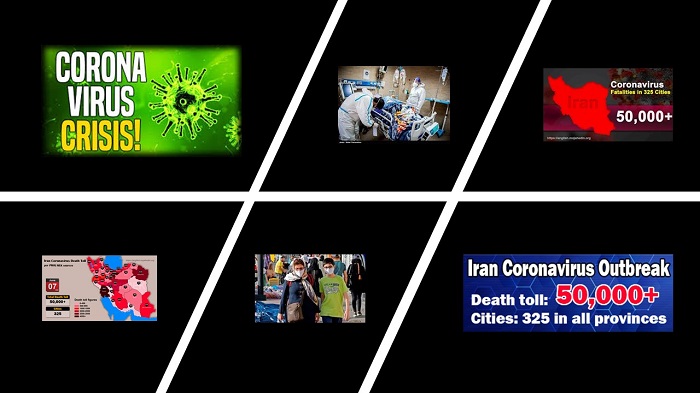 Dr. Hossein Rafiei, when interviewed by Mostaghel, a state-run daily, openly admitted that the truth about the Iranian regime’s approach to COVID-19 was never fully revealed. It doesn’t take much to see that world attention has been focused on Iran because of the high death toll from the virus.

It is no joke when the country is seeing fatality rates approaching 50,000  in 325 cities in Iran as were published on June 5th by the People’s Mojahedin Organization of Iran (PMOI / MEK Iran).

The Iranian regime has resorted to an ongoing campaign that blames US sanctions for the problems caused by COVID-19.

Key facts about the Iranian regime and COVID-19

Over 50,000 people have died of the novel #coronavirus in 325 cities checkered across all of #Iran’s 31 provinces, according to reports tallied by the Iranian opposition PMOI/MEK as of Sunday afternoon local time, June 7.https://t.co/L264sTWrUy

#Maryam_Rajavi the President-elect of the #NCRI #Iran described the increasing trend of the #COVIDー19 as the direct result of the criminal and inhuman policies of the Mullahs regime.https://t.co/VkE2zOogUr #IRGCTerrorWithoutBorders #Iranian #coronavirus #MEK @USAdarFarsi pic.twitter.com/GGMHYOoifk

Over the last 3 decades, these institutions have over time increased both their wealth and liquidity. Reuters reported that there is $95 billion in wealth held at the Execution of Imam Khomeini’s Order Headquarters.

Behzad Nabavi, a government minister in several administrations, was prepared to admit when interviewed by the state-run Alef news agency last September that four institutions control 60% of the nation’s wealth, which amounts to a thousand billion dollars. Just 10 % of this wealth would cover the living expenses of 19 million low-income households.

Nabavi stated quite clearly that the regime chose the path of herd immunity to resolve the problem with COVID-19 and had no intention of taking quarantine seriously. He did admit as a result of sanctions, lack of oil being exported, corruption at the government level, the yearly budget deficit, etc. that resources were limited, but there is still plenty available in these times of crisis.

Last November, the Central Bank as published by Iran daily on February 15th that the volume of liquidity amounts to 2282 trillion tomans with 1376 billion tomans more being added each day even after tax and other deductions there is still enough to support any Iranian on low earnings.

According to Behzad Nabavi under the Supreme Leader’s control, there are 9 economic institutions which are:

With all these cash reserves there is plenty available to support the health sector and keep nurse’s salaries current with the cost of living.  They could be used to lower inflation rates and combat the deadly threat from COVID-19. Behzad Nabavi in response to COVID-19 said that because the country lacks democracy there are none of the following presents in Iran:

It is these three elements that help to bring about decisions in a crisis like COVID-19.

Misinformation as the first case occurred a month earlier which was confirmed in documents the #NCRI managed to view This is just one example of the #Iran cover-up to conceal the enormity of the #coronavirus https://t.co/nRrUJf9iVo#MEK #IRGCTerrorWithoutBorders @USAdarFarsi pic.twitter.com/zSir4EqBU1

Because so many people have fled Iran there are few true owners of the country. In circumstances like this, it is the power held by the few that is dominating Iran’s current path. Sooner rather than later this power will lose its force as has been shown by the mass protests held throughout the country in 2018 and 2019.  COVID-19 didn’t cause the protests but it now shows how the current regime lacks the unity to know the best path in this new, unprecedented health crisis and is causing unrest even from the less political elements of Iranian society like the labor and teachers’ unions.

If the current regime were to achieve national unity and its leaders were to apologize to the people for all its wrongdoings then it may still have a future. However, there is no indication of a turn-around or even the releasing of cash to the poorest in Iran, so the regime won’t have long before it is overthrown and replaced by a fairer, more equitable leadership, that will take Iran passed the era of oil and into a new world order.