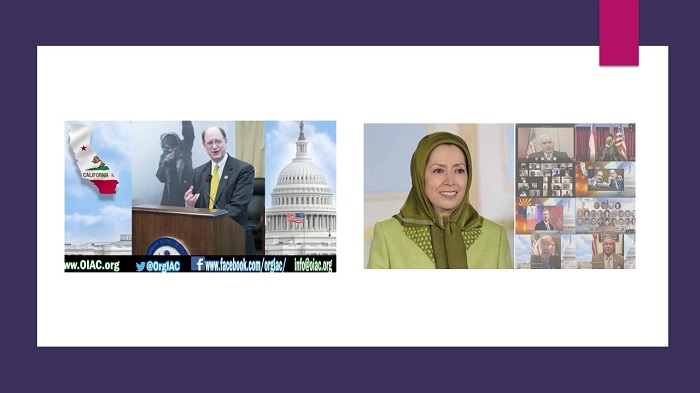 On Wednesday, June 17, 2020, the majority of members of the House of Representatives in the United States backed Resolution 374. This is a major step forward for the people of Iran and the National Council of Resistance of Iran (NCRI) because it is a loud and clear condemnation of the Iranian regime’s belligerence, in particular, its terrorist activities and its suppression of political opponents.

The lawmakers in the United States House of Representatives also voiced their support for the people of Iran and acknowledged that they must support them in their desire for a free and democratic state where their human rights will be respected.

The resolution states that the people of Iran have been denied the most basic of freedoms for many years and that they “rejected monarchic dictatorship and are opposing religious tyranny”.

The people of Iran have been holding protests with greater frequency over the past few years and the resolution also acknowledged this. It states that the US would stand with Iranians that are “continuing to hold legitimate and peaceful protests against an oppressive and corrupt regime”.

The resolution stated that the United States supports the people of Iran that want a secular, non-nuclear, and democratic state.

The deputy director of the NCRI’s Washington office, Alireza Jafarzadeh, told Fox News that the resolution is a very encouraging move for the people of Iran. He said that it was great to see that it was sponsored by a House Majority.

He also said that it was important for the regime’s terrorist plots to have been highlighted in the resolution. Over the past few years, the Iranian regime has been involved in several terror plots. One in particular was against the NCRI. In 2018, regime officials planned to bomb the Free Iran gathering just outside Paris. This annual event attracts tens of thousands of Iranians supporting NCRI and the Mujahedin-e-Khalq (PMOI / MEK Iran) from across the world. Furthermore, hundreds of dignitaries, parliamentarians, elected officials, and other special guests fly in from across the world to lend their support to the Iranian Resistance.

The news of the resolution comes at a crucial time. The Iranian regime is dealing with a series of crises – each one weakening it further. The resolution helps with the momentum of pressure on the regime.

The resolution also helps with the main opposition’s legitimacy and adds to its credibility. The Iranian regime has treated the opposition as an insignificant group that does not have much following inside Iran. However, these false claims have been debunked and now the opposition has the support of the United States government.

Mrs. Rajavi, the President-elect of the National Council of Resistance of Iran (NCRI) has said that it is “truly admirable” that elected representatives of the American people have decided to stand with the people of Iran that have been suffering under the rule of the mullahs for more than four decades.

She said: “I am delighted that a majority of lawmakers have condemned the terrorist activities of the mullahs’ regime through its so-called diplomatic missions and terrorist-diplomats. The Iranian Resistance commends the call to hold the mullahs accountable and to adopt decisive measures, such as the closure of the regime’s centers of espionage and terror in Europe, including in Albania.”