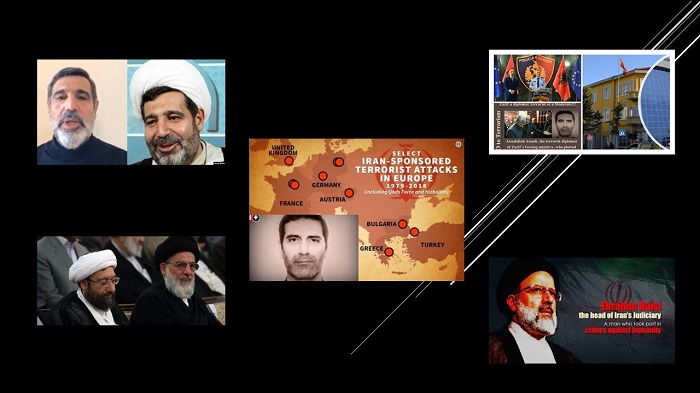 It was announced recently that former Iranian judge and fugitive Gholamreza Mansouri was arrested and being kept under police watch in a hotel in Bucharest, Romania. He was accused of accepting a huge bribe while a judge.

Corrupt Iranian judge Gholamreza #Mansouri was recently arrested by Romanian police. Many ex-pat #Iranians in #Romania have demanded his indictment for #CrimesAgainstHumanity so that he can face trial in Europe.#HumanRights #Iran #MEK https://t.co/NCBZYM9Tin via @upi

The Iranian regime tried to extradite Mansouri but Romanian authorities asked for evidence against him.

Mansouri was very close to Ayatollah Sadeq Amoli Larijani but quickly left Iran when Larijani was replaced by Ebrahim Raisi as head of the judiciary. Mansouri knew that Larijani’s downfall was going to create problems, so he fled the country before the regime could get to him.

Human rights organizations and activists MEK and Iranians living around the world called for Mansouri to be tried for his past crimes against humanity, in particular his suppression of journalists. The regime wanted to get Mansouri back to Iran ASAP as the International Criminal Court would be unlikely to ignore the regime’s wider crimes against humanity once they were aired during the trial. If Mansouri had been extradited, there is no doubt the regime would have killed him.

Just a few weeks ago, it was reported that a man had committed suicide by jumping from a hotel window. How convenient for the Iranian regime that this man was Mansouri.

However, Struan Stevenson, coordinator of the Campaign for Iran Change and president of the European Iraqi Freedom Association, has pointed out that this so-called suicide bears “all the hallmarks of an assassination by the clerical regime’s intelligence services, using their signature methods”.

Stevenson recalls the similar case of Saeed Emami, a senior intelligence officer that died in prison while awaiting trial for murder. He consumed hair remover whilst bathing. Another example of someone on the wrong side of the regime is Massoud Molavi, a Ministry of Defence contractor that was gunned down in Turkey last year after defecting.

There are countless such mysterious deaths and assassinations and it is no secret that the Iranian regime is behind them. Stevenson points out that the US Pentagon and Library of Congress concluded in a report in 2013 that the regime’s Ministry of Intelligence and Security (MOIS) targets dissidents, in particular the main opposition – the People’s Mojahedin Organization of Iran (PMOI / MEK Iran). The report states that one of the main responsibilities of the regime’s intelligence ministry is to eliminate the (PMOI / MEK Iran) and its members.

Over the years there have been dozens of assassinations on European soil and the regime has not been held accountable, meaning the regime is free to continue.

Following Gholamreza Mansouri’s murder in Bucharest a few days ago, the (IRGC) has blamed it on the People’s Mojahedin Organization of #Iran #PMOI #MEK This claim was made on the Entekhab website.https://t.co/TfhU2DfWze #IRGCTerrorWithoutBorders #Iranian @USAdarFarsi pic.twitter.com/W1DtSpZIwl

The 1990 assassination of Professor Kazem Rajavi in Geneva, bother of the Massoud Rajavi leader of the Iranian Resistance and a leading human rights activist, was being investigated by Swiss authorities. The Iranian regime’s involvement was known, but still, Swiss authorities decided the case was to be closed.

This is disturbing news and there are major calls for the decision to be reversed. European authorities must not let the regime bask in impunity. State-sponsored assassinations must not be allowed to continue and the regime must be held accountable.