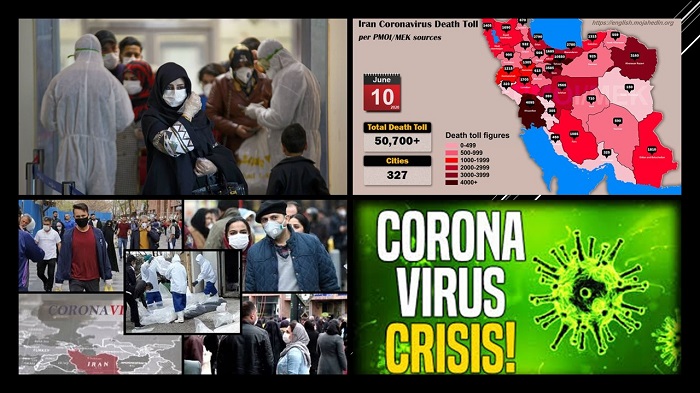 It seems rather amazing that the regime voted in to run Iran’s government could do such a bad job. Iran is now under the influence of a more deadly surge of COVID-19. This is no ordinary flu, but a highly contagious virus without an effective cure for those who are more likely to be affected badly by it. So what stupid thing does the current Iranian regime do? Ignore warnings and claim lives don’t matter, but Iran’s economy does.

It took them far too long to cotton on that allowing large gatherings at sacred sites in Qom would be utterly disastrous. By the time they decided they should advise the Iranian citizens on what to do it was far too late and the virus was spreading rapidly through the country and no one had any idea how to contain it.

#Iran’s Coronavirus #Outbreak A Crisis Much Worse than Acknowledged#COVID__19 https://t.co/6k3Gt5lb3h

What has made matters worse is after telling people not to go to work or visit friends and family the economy is reopened and everyone is told to get back to work.

#coronavirus was known by the regime before the first deaths took place on February 19th in Qom This evidence was discovered by the #PMOI #MEK #Iran early February when the first cases were registered in the hospitalshttps://t.co/sQPAbBtxIt#IRGCTerrorWithoutBorders @USAdarFarsi pic.twitter.com/JQSmXzmlxO

As Mohammad Reza Shams Ardakani, the regime’s Health Minister advisor said on Tuesday, predictably COVID-19 cases are on the rise, and he quite clearly admitted that the regime made the push for the economy to return to ‘normal’ with no safeguards in place to protect workers from COVID-19.

Now, it appears that health providers are seeing an increase in the number of cases turning up for treatment. Dr. Ehsan Mostafavai, head of the Research Center for New and Emerging Diseases of the Pasteur Institute of Iran, has revealed that around 15 million people in the country have been infected with the virus since the epidemic started. Of those who were infected, according to the People’s Mojahedin Organization of Iran (PMOI / MEK Iran), more than 50,700 have died from the virus.

More than 50,700 people have died of the novel #coronavirus in 327 cities checkered across all of #Iran‘s 31 provinces, according to the Iranian opposition PMOI/MEK. pic.twitter.com/WCeZSNnekK

What is even more unacceptable is Hassan Rouhani’s suggestion that the people are to blame for this COVID-19 outbreak. He also said, however, that people uniting to eliminate the virus wouldn’t work. He was so slow to react when informed that the COVID-19 virus was present that he couldn’t bring himself to act in the interests of the people once it had become firmly embedded in Iran. It was far too late when the possibility of a national quarantine was considered to prevent further spread.

So now what is happening is that the people themselves are being blamed, as they are forced back to work. Up to this day, the Iranian regime’s approach toward the COVID-19 outbreak has been to protect the country’s economy, even if it means individuals’ lives are put at risk.

Mrs. Maryam Rajavi, the NCRI President-elect, stated last Sunday that the COVID-19 catastrophe could have been prevented if earlier action had been taken by the regime to prevent its spread. The death toll in Iran is so bad that it is not even worth considering comparing it to any other country in the Middle East.