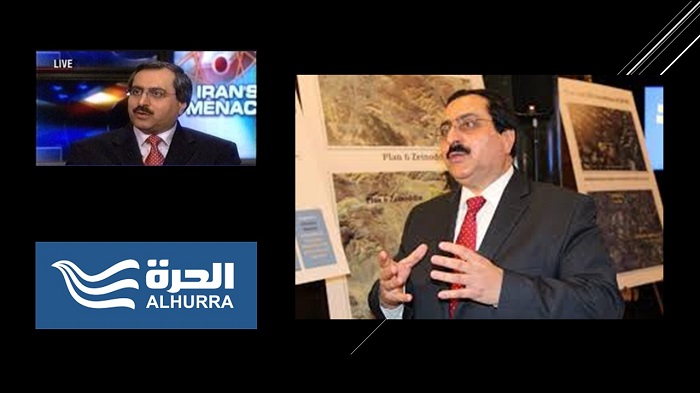 Alhurrah TV interview, With Mr. Jafarzadeh, who represents the Iranian opposition NCR Iran. What kind of information do you have at this point about the cause of the different armed groups? There is this new group that just appear now.

Do you know who supports this group and what they are doing inside Iran?  Who are the panthers of the nation?

Behrouz Kamalvandi, spox of Iran’s Atomic Energy Org: There are no casualties, no damages in active areas & no concern of radiation leaks.

Natanz is home to a major nuclear enrichment site pic.twitter.com/u8FpxidVsO

Alireza Jafarzadeh:  I have never heard about that group. No one has ever heard about it. It just showed up after the explosion or the incident at the Natanz nuclear facility.  Actually, I know about Natanz because it was our movement that in August of 2002 exposed for the first time the existence of Natanz and other facilities, in Arak, and that revelation by our movement triggered the inspections of the Iranian nuclear sites by the International Atomic Energy Agency.

But whether it was the cause of the damage, or whoever did it, I think this is clearly a reaction against the nuclear program of the Iranian regime because people feel that the Iranian regime is spending billions and billions of dollars on a nuclear program, a nuclear weapons program, a missile program, exporting terrorism, funding the Shia militia groups in the region, from Syria to Lebanon to Iraq, and Yemen, and enormous money they are funding for terrorism, and at the same time, there is a major uprising going on inside the country.

People just don’t want this regime. They reject this regime.  You saw back in November 2019 that there were demonstrations in over 200 cities, all over the country, not just in the capital Tehran, and the regime had to bring in the Revolutionary Guard, who opened fire on the demonstrators, killing 1,500 people, and then arresting a number of people who were involved in the protests, and the protests continued again in January of this year.

You see there is a history of four decades of opposition to the rule of the clerics since the time the mullahs came to power.  That opposition, which is nationwide, has continued ever since.  It is even stronger now.

Alireza Jafarzadeh:  First of all, in terms of the goal of the National Council of Resistance of Iran (NCRI), which is actually the parliament in exile that consists of 500 members that include the Mujahedin-e Khalq or the (PMOI / MEK Iran) as the main component of this movement.  The MEK has a strong presence inside Iran.

They have MEK resistance units that are in charge of organizing protest acts, demonstrations.  We saw the November 2019 uprising.  That was led by these MEK resistance units who showed direction, in short, continuity, and they were the ones who directed the main slogans against the removal of the entirety of this regime.

Remember, the Mujahedin-e Khalq (PMOI / MEK Iran) has been in existence since the time of the Shah.  There is no political movement anytime in Iran that has this level of history and commitment to overthrowing the regime.

Now in terms of whether that is real or not, I think, the realities on the ground speak for themselves. Most importantly, the reaction of the Iran regime is the key.  Look at the November 2019 uprising. How the regime reacted with sheer repression, bringing Revolutionary Guards in the streets shooting at the demonstrators, and they were just killing people in the street every single day.  They arrested so many people, hoping that this would put an end to it.  After that, they waged a long wave of arrests, people who were the leaders of these protests, many of them were arrested.

Alireza Jafarzadeh: First of all, this resistance movement is so legitimate. It’s not affected by anybody outside of Iran. It’s been going on for 40 years. Just remember, in the summer of 1988 as many as 30,000 political prisoners, most of them belonging to the Mujahedin-e Khalq (PMOI / MEK Iran), on the order of Khomeini himself, were massacred because they refused to endorse the regime and they did not reject their relationship with the Mujahedin-e Khalq (PMOI / MEK Iran).

Right now, the number one target of the Iranian regime’s terrorism is this movement (PMOI / MEK Iran). As we speak, a number of regime diplomats were expelled from European nations in Albania, in France, in Belgium. One of their top diplomats is in jail. Why? Because they were targeting our movement, and they were trying to do terror. These are the realities on the ground. Yes.

Anchor: Thank you, sir. I’m very sorry. We always are running out of time. Thank you for joining us.