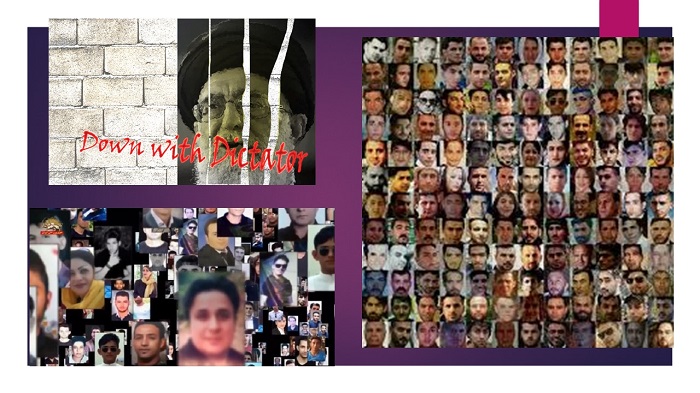 The month of May in Iran was once again centered around the Coronavirus outbreak that has so far claimed the lives of more than 48,800 people across the country. However, in the background, the Iranian regime has continued to commit countless human rights violations.

Political and civil rights activists are still being targeted, as are many minorities across the country. During May, several peaceful protesters, lawyers, and human rights activists were arrested and imprisoned.

Some, but not all, of these arrests and sentences are as follows:

Retired worker Nasrin Javadi was sentenced to five years in prison after being arrested during a peaceful protest on the occasion of International Workers’ Day on 1st May in Tehran. Political prisoner Sakineh Parvaneh was handed a five-year prison sentence which she responded to by starting a hunger strike. She was also given a two-year ban on joining political groups.

Thirty-seven-year-old hairdresser Somayeh Ramooz was arrested on 9th May for her social media activity. Kurdish author and researcher Mojgan Kavousi was arrested on 19th May and has been sentenced to six years and four months imprisonment for her participation in the 2019 uprising.

Civil rights activist Jila Makvandi who was arrested in November last year was sentenced to six years in prison. The wife of imprisoned labor rights activist Jafar Azimzadeh was summoned to appear at a designated branch where she must defend herself regarding charges against her. Akram Rahimpour had received several threatening phone calls from agents of the Ministry of Intelligence.

Many Iranians who protested the regime’s downing of the Ukrainian passenger jet at the beginning of the year were also given prison and flogging sentences. Farhad Bakhshi paid tribute to the victims of the air disaster and was subsequently sentenced to a month of service at a Basij base. He has also been ordered to write a lengthy research paper on the USS Vincennes guided-missile cruiser. Student activist Seyed Mostafa Hashemzadeh was sentenced to five years in prison by the Tehran Revolutionary Court and has to carry out three months of unpaid community service.

The month of May has also seen a continuance of arbitrary arrests. For example, several students were arrested for having ties with the main opposition to the Iranian regime – the People’s Mojahedin Organization of Iran (PMOI / MEK). Amnesty International’s attention was drawn to this case and it condemned the arrests of Ali Younesi and Amir-Hossein Moradi.

Many other people had been arrested in several cities across the country, simply for having ties with the (PMOI / MEK). Members of the regime’s intelligence ministry, plainclothes agents, or members of the notorious Islamic Revolutionary Guard Corps (IRGC) raided offices and homes of opposition supporters, confiscating personal property, phones, computers, and valuables.

During May, the persecution of religious minorities also continued. Many arrests were made and several people were sentenced to lengthy prison terms. Many of these include people of the Baha’i community who are particularly targeted by authorities.