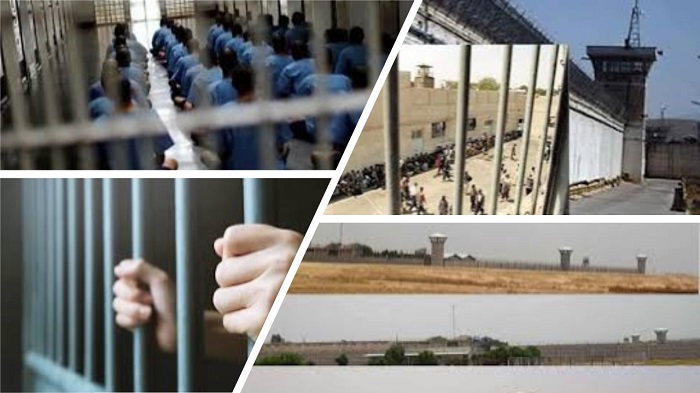 The Coronavirus outbreak has spread the whole way across Iran, claiming the lives of more than 41,500 people and spreading to more than 300 cities. The health crisis has particularly affected prisons in Iran, where the conditions are a perfect breeding ground for this COVID-19 virus that can be deadly to many.

Human rights activists and organizations across the world have expressed their concern for inmates in Iran, slamming the regime for not taking measures to protect inmates. Shocking reports from the country indicate that prisoners suffering from the virus are not put into isolation, leaving the rest of the population particularly vulnerable to becoming ill themselves.

Mass Infection of Inmates Renews Questions About Abuse and Neglect in Iranian Prisons #Iranian regime’s President Hassan Rouhani acknowledged that in one Iranian prison, 100 out of 120 inmates became infected with #COVIDー19 #coronavirus https://t.co/tF4M96cSD4

Because of the deplorable conditions in the prisons, not only are prisoners unable to protect themselves against the virus with hand gel, masks, etc, but many are also at particular risk because of their health conditions. Many prisoners in Iran are suffering from existing medical conditions and prison authorities are denying them the most basic of medical care.

Furthermore, prisoners in Iran are badly mistreated – they are beaten, tortured, and are not fed properly. They often have very limited access to running water and the cramped and unsanitary conditions that are forced to survive mean that they have weakened immune systems.

The Iranian regime has failed to address the issue in prisons properly. It said many weeks ago that a large number of prisoners would be released on furlough for the duration of the health crisis, but this cannot be verified because of the lack of impartial oversight.

However, Iranian President Hassan Rouhani admitted a few days ago that in one prison, out of 120 inmates tested for COVID-19, 100 people were positive. And this is because one single infected person entered the facility.

This is alarming and this situation is likely happening the whole way across the country. Thanks to the People’s Mojahedin Organization of Iran (PMOI / MEK), the main opposition to the Iranian regime, we know that the situation is much worse than the regime is trying to lead us to believe.

Riots have broken out in prisons across the country because the inmates are extremely concerned, and angry, at their situation. They are defenseless against this virus and the regime is dismissing, or ignoring, their concerns. The concerns of the prisoners are legitimate, but the regime responds with violence and threats. Again. Family members of those imprisoned have also tried to draw attention to the situation of their loved ones; but the regime has silenced them too.

The National Council of Resistance of Iran (NCRI) has called on for intervention. Mrs. Maryam Rajavi, the organization’s President-elect, has urged the UN Secretary-General, the Human Rights Council, the High Commissioner for Human Rights, and UN special rapporteurs, as well as the international community, to urgently intervene. Mrs. Rajavi has said that immediate intervention is required to prevent a humanitarian catastrophe in prisons across the country.