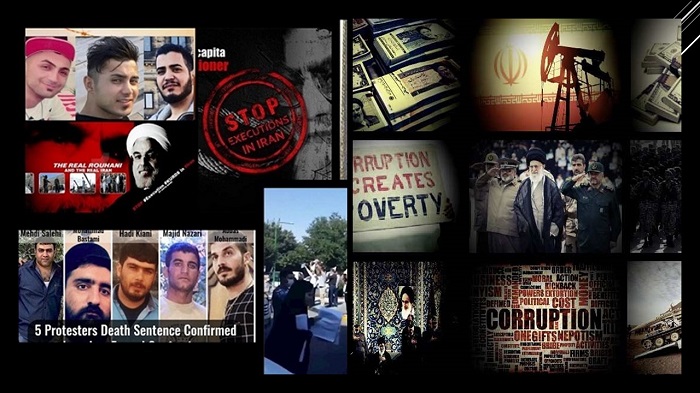 The Iranian community is facing an Explosive situation in all areas. The coronavirus crisis has become a slaughterhouse for Iranians across Iran, now reaching over 80,700, according to the People’s Mojahedin Organization of Iran (PMOI / MEK Iran).

The state-run media in Iran have been forced to admit that the Iranian community is facing a fragile situation in all areas. the situation in which almost any issue that causes dismay amongst the population could be the trigger for a social explosion.

#PMOI / #MEK #Iran has written about the regime’s failure to provide water to its citizens. Clean water is a basic human right, and this human rights violation by the #Iranian regime is often overlooked. https://t.co/6vAn3EpGwL #IRGCTerrorWithoutBorders #coronavirus @USAdarFarsi pic.twitter.com/JC4aAo4V5q

The Etemad Online state-run website published an article on August 1st which gave voice to the concerns about Iran’s current instability. The following extract is a summary of some of the ideas expressed in the article.

“People in Iran are taking a risk to protest but are ready to do so as dissatisfaction rises. Protests are due to negative feelings about their level of poverty, inequality, and deprivation.

Much of the protest movement is occurring through the medium of digital communication. However, this alone is insufficient to bring about change. Whether those who want to keep the status quo realize it or not, social media is only used to link people in protest. It helps to facilitate protestors getting out on the streets. The streets are an undeniable part of the protest.

Protests by people from all walks of life continue across #Iran as living conditions continue to deteriorate and the regime’s disastrous policies are pushing more Iranians into poverty throughout the country.https://t.co/lo8ol9Mzod

The government must either allow people to protest legally on the streets or expect that they will take to the streets anyway with more explosive consequences.

The reasons for these protests are clear: poverty and inequality doubling; the national currency devaluing; people suffering; the rich becoming richer; the people becoming hateful of underlying discrimination and corruption.

When the situation in society becomes unbearable, then an uprising becomes inevitable. The people become distrustful of the government’s ability to govern. These protests are not frivolous. They occur because there seems no other way to vent the frustration that the protesters feel. Social media allows protesters to express their discontent with each other very well, but this does not diminish the desire to protest. In fact, it makes it easier to organize.

The five inmates of Isfahan Central Prison have been denied phone contact with their families. Talks between the family members and regime officials have led the families to suspect that the five will be executed in secret.#Iran #MEK https://t.co/jAqGhMSqoz#FreeIran2020 pic.twitter.com/dRpJ6iuLFx

Collective protest action within Iran has no end while the ability of the governing system continues to be unable to deal with the series of economic and social crises it faces. Iranian society is in a state of the uprising until further notice.”