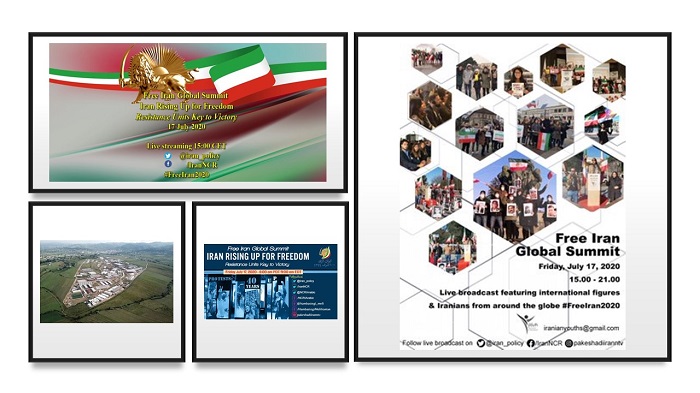 The Iranian regime has targeted the main opposition for many years with misinformation campaigns. It has tried to slander the People’s Mojahedin Organization of Iran (PMOI / MEK Iran), to discredit it and to influence the rest of the world.

The National Council of Resistance of Iran (NCRI) has published the details of two fake accounts that had the aim of spreading lies about the Iranian Resistance’s annual gathering.

The regime’s desperate actions show that the regime is running out of options in the fight for its survival. The regime is under increasing domestic and international pressure and it is taking action to discredit one of the biggest obstacles it faces – the viable alternative to its rule.

#Iran Regime’s #FakeNews in Action-
Some of the lies the #Iranian regime has said during the past 41 years, would have certainly never passed Goebbels’ mind.https://t.co/5mwmsIrD93

This is not the first time the regime has used such tactics. Only last month, after the death of Marjan, an inspirational and iconic figure for the people of Iran because of her resistance to the regime until her death, the regime published a fake copy of “Mojahed” (a MEK journal). The Iranian regime’s Intelligence Ministry (MOIS) published photos of more than a dozen Iranian artists and athletes that had expressed their sympathy following Marjan’s passing. This fake publication was then distributed by the Intelligence Ministry to pressure the public figures into making statements against the opposition.

The international community is starting to realize that the Iranian regime is responsible for massive misinformation campaigns. A German publication was recently forced to retract comments it made about members of the MEK in Ashraf 3 in Albania after it was discovered the false allegations were sourced back to the regime’s intelligence ministry.

In November last year, a fake social media account was created for the Secretary-General of the office of French President Emmanuel Macron. The regime used this account to say that the (PMOI / MEK Iran)“will soon be driven from France”. The Elysée Palace quickly denied this statement and affirmed that the Twitter account used did not belong to Secretary-General Alexis Kohler (who does not have any presence on the Twitter platform).

The next Free Iran gathering is due to be held on 17th July. This gathering will be held online because of restrictions due to the Coronavirus pandemic. It is an important event in the calendar of the Iranian Resistance because of the international figures that participate.

Human rights activists, politicians, current and former members of the European Parliament, and many more distinguished guests speak at the event and discuss how they can influence policies in their respective countries to ensure that support for the people of Iran is as great as possible.

The regime is finding it more and more difficult to overcome each crisis that it faces. One certain thing is that the regime’s future is very uncertain.