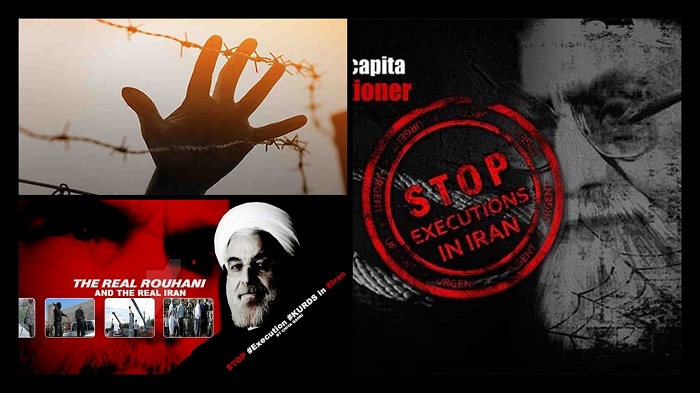 The Iranian regime has confirmed that a 55-year-old man was executed in Mashhad on July 8 for drinking alcohol.

They were condemned for this cruel act, which is unprecedented, even under the mullahs’ regime, by his lawyer who said that the regime wanted to execute the man quickly, and Amnesty International.

The regime in #Iran is the godfather of ISIS, its atrocities against the Iranian people like amputating arms and legs, gouging eyes, and stoning are just a few examples of the punishments that this savage regime practices against the #Iranian peoplehttps://t.co/SYdB5lShkX

Amnesty wrote: “Iranian authorities have once again laid bare the sheer cruelty and inhumanity of their judicial system by executing a man simply for drinking alcohol. The victim was the latest person to be executed in Valkalibad prison, the site of numerous secret mass executions and a grotesque theatre of Iran’s contempt for human life.”

This is a clear sign of the regime’s reaction to its multitude of current crises, including:

The regime is already increasing pressure on the opposition group People’s Mojahedin Organization of Iran (PMOI / MEK Iran) by arresting members and their families, but it has also started a new wave of executions of prisoners.

It’s not unrelated that this execution took place in the city where the 2017 uprising began or that the regime has been finding protesters from the November 2019 protests guilty of intentionally vague “crimes”, like “enmity against God”, which carry the death penalty. Regime officials have recently been expressing their worries that new uprisings are coming and soon.

Imagine living in a country where you can be executed for drinking alcoholic beverages.

A father of two, he had been sentenced to death for “drinking alcohol for the sixth time,” and was executed today.

Welcome to #Iran under the mullahs’ regime…https://t.co/rDyH030C8x

Mrs. Maryam Rajavi, the president of the National Council of Resistance of Iran (NCRI) called on the United Nations Secretary-General, Human Rights Council and Commissioner, and relevant special rapporteurs, to work with international human rights organizations to save Iranian political prisoners from the noose. She expressed that an international fact-finding mission to visit Iran’s prisons, where the investigators would meet with the inmates, was of immediate need.

The Iranian Resistance (PMOI / MEK Iran) wrote: “With this new wave of repressive measures, the regime aims to intimidate the families of the supporters of the (PMOI / MEK Iran) and preparing the ground for more repression. At the same time, it fears the public outrage that will result from these punishments, since these executions can trigger new protests.

The Iranian regime is facing a deadlock. On the one hand, it needs executions and repression to confront the explosive situation of society. But on the other hand, these arrests and executions can themselves become the source of more protests. The question is: Will the regime manage to stop people’s revolt by increasing repression, arrests, and executions of political prisoners? If the past is prologue, it won’t happen.”