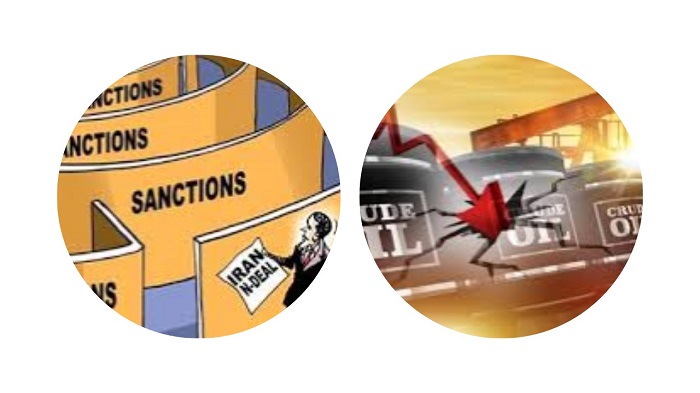 The Iranian regime used to benefit from huge revenues related to the sale of oil. However, the United States warned Iran that it would not let this continue to be the case if it did not put an end to its destructive policies including the export of terrorism.

The regime used to empty threats from previous US administrations did not pay attention to these warnings and did not change a thing.

The Trump administration then put tough sanctions in place with regards to Iran’s export of oil. The Iranian regime is now paying the price for this. The vice president of Iran, Eshagh Jahangiri, said last week that the oil revenue for the past year dropped to just $8 billion when previous years it has been around $100 billion.

The vice president had no choice to admit that this has had a major impact on the regime. This is exactly what the US administration has been looking to achieve. The regime, for many years, has been plundering the nation’s wealth on all sorts of belligerent activities. It has been funding terrorist proxy groups and militias and it has been sparking conflicts across the region. The Trump administration made it very clear that it was not going to let the regime continue to do this at the expense of the people of Iran that have been getting poorer and poorer every year.

However, the vice president has failed to admit that the economic problems in the country have been caused by the regime itself. Instead, he is deflecting the issues. Jahangiri said that the Coronavirus health crisis has caused major disruption to the economy – not just in Iran, but in countries across the world. This is of course true, but without the Coronavirus crisis, the economy would still have been in tatters because of the regime’s corruption, mismanagement, and massive funding of terrorist activities.

The problem for the regime is that its existence relies on the funding of illicit activities. But without one of its biggest sources of revenue, it is stuck. It is facing a dead end.

The President-elect of the National Council of Resistance of Iran (NCRI), Mrs. Maryam Rajavi, has emphasized time and time again that the only way the regime will ever stop plundering the nation’s wealth is when it collapses. The people want regime change and they are supported wholeheartedly by the Iranian Resistance (PMOI / MEK Iran).

Poverty, unemployment, economic crises, health crises, and uncertainty are going to be a part of the people of Iran’s lives until the regime is overthrown. There is nothing the regime can do to change this. It is years, if not decades, too late.

The current Coronavirus health crisis in Iran has highlighted the regime’s incompetence. Tens of thousands of people have died, and front line workers are putting their lives on the line every day to help the people. The people have been left defenseless and vulnerable, with some officials, including President Hassan Rouhani even trying to blame the people for the death toll. The sooner the regime collapses, the better for all.