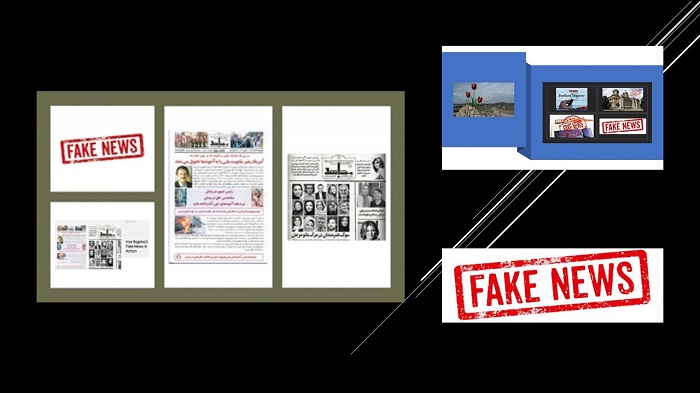 At long last, the world is told that Iran runs a fake news operation that has been exposed by a German court that recently released an emergency ruling regarding an article published in June in the German daily Frankfurter Allgemeine Zeitung.

This incriminating article was loaded with false allegations leveled against the Iranian regime’s biggest democratic opposition movement. The German court ordered the editors to erase the fake charges or be fined and even imprisoned.

This is the second time in the same number of years the media has been caught out telling lies about members of the Albanian based People’s Mojahedin Organization of Iran (PMOI / MEK Iran), commonly referred to as the Mujahedeen-e Khalq (PMOI / MEK Iran). The similar incident that took place in a court in Hamburg was about Der Spiegel, which had acted illegally by publishing false allegations against events in the MEK’s Albanian base where supposedly “torture” and “terrorist training” was taking place.

In both these two reporting disasters, the news organizations had failed to uphold any principles when it came to reporting When the verdict was announced against FAZ it wasn’t long before the media outlet deleted its incriminating articles, stating that an ex MEK member had said the group tortures its members in Ashraf and they were not permitted to go out into the outside world.

The courts were not the only ones to disbelieve reports about the MEK but numerous international news organizations and hundreds of international lawmakers and political figures.  One of the past New York Mayors, Rudy Giuliani, former US Presidential candidate Joe Lieberman, and former Canadian Foreign Minister John Baird has participated in important ‘Free Iran’ events hosted by the MEK at their camp, Ashraf 3, in Albania.

These untrue news stories by both FAZ and Der Spiegel just make up a small fraction of misinformation campaigns that target the Western free press.

There are quite a few journalists with Iranian roots who at one time were employed by Iran’s state-run press but now work for media outlets like Al-Jazeera English, Britain’s Channel 4 News, MSNBC, the Guardian, and The Independent.

The regime has had long term plans about the presence of international media in Iran. For a start, it has allowed some international media groups to come to Iran. The problem with this is not their presence or political leaning but is more to do with the local assistants and translators who are needed to help the foreign media. Even though they require special permits to work in this capacity no one realizes the links they have with the intelligence ministry.

They may assist the foreign news teams to write reports and organize interviews with officials who do not normally speak to the foreign press. However, as soon as they have established useful working relationships the assistants are often recruited permanently and end up working overseas. Many use this opportunity to get support for the regime.

#Iran: Engulfed with crises, the regime has stepped up its propaganda machine against the #MEK. It is using its Ministry of Intelligence and Security (MOIS) to spread lies and falsehoods against the MEK through “friendly journalists.” #FreeIran2020 https://t.co/mwYZ66LWv4

It doesn’t seem to matter what the country of origin is for these matters, pro-Iran writers and producers are not just any old journalists as they are apologizing for a regime that controls the press and incarcerates any journalist who dares report on any nationwide protests that are demanding a change in the regime.