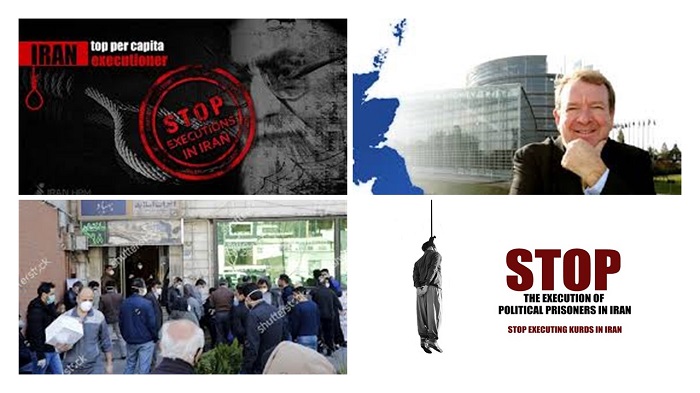 According to a recent article by Struan Stevenson, a supporter of Mrs. Maryam Rajavi and the Mojahedin-e Khalk (MEK) since 1979, the Iranian regime has not only sponsored terrorism globally but has given money to regional conflicts as well over the last few decades.

He stressed that the alleged movement of gold from Venezuela will be used to prop up the Iranian regime and none will be diverted to those most in need. At present, 70% of Iranians are now existing well below the international poverty line in terms of their access to an income. This is on top of the devastating fatality rate, amounting to 41,200 deaths, that the people have to deal with as well due to the effects of COVID-19.

More than 41,200 people have died of the novel #coronavirus in 317 cities checkered across all of #Iran‘s 31 provinces, according to the Iranian opposition PMOI/MEK. pic.twitter.com/lGSfqNxuXe

Where will the alleged gold go?

Mr. Stevenson suggests that the mullahs, instead of supporting the people of Iran, will prop up the following terrorist organizations in the region:

Anything remaining will line the pockets of the Ayatollahs. Amongst all this corruption, the Iranian regime has virtually lost control of its citizens as they endure unacceptable economic conditions, as well as having to face the regime’s poor response to COVID-19.

Increase in executions by Iranian authorities

According to Mr. Stevenson, the mullahs are now threatening the people by increasing its number of executions. Last month alone 32 people were executed in 14 different cities throughout the country. The victims were political prisoners as well as youth offenders and members of different ethnic priorities. The situation in Iran’s jails could only be described as medieval. They are packed with students arrested in November 2019 uprisings and now they have to endure the spread of COVID-19 where there is little or no medical help available to them.

He says there is complete faith in reports coming from the resistance units of the People’s Mojahedin Organization of Iran (PMOI/MEK), which is based in the towns and cities of Iran. The resistance organization has provided accurate reports about the alarming conditions present in the notorious Evin Prison in Tehran, where hundreds of prisoners are reportedly suffering from the effects of COVID-19.

It is not only in Evin where the conditions are unbearable, as the rest of Iran’s prisons are experiencing much the same. Riots and mass breakouts are the norm and when the prisoners are recaptured they are executed. The regime according to Mr. Stevens is terrified of the possibility of a revolution taking place which will remove their tortuous power.

Democracy is ignored in Iran as youth protesting against the demise of the Ukrainian airline in January have been inflicted with long terms in jail and flogging. The mullah has cyber-police who have now arrested thousands of people for posting information online for telling the true story about COVID-19. The mullahs believe that the youth are spreading lies. What is more important the theocratic dictatorship is showing clear signs that it is in decline and that is causing them to panic leading to the use of any ways possible to repress the population to keep in power.