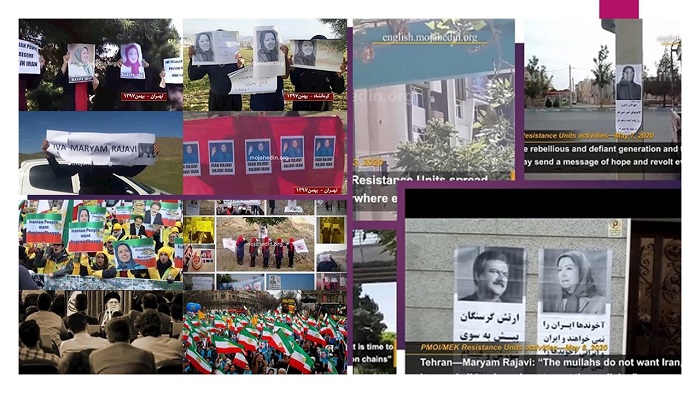 Moussa Salemi, the representative of the Iranian regime’s Supreme Leader, Ali Khamenei, in Shahriar, had his property set on fire by youths this week. This district, which is not known for its wealth, was the focus of the November 2019 riots which saw 170 protesters murdered by the hands of the security forces.

Destroying property is just the tip of the iceberg when it comes to people showing their disdain for the current regime.

What is now of key importance to the regime is the worry of the growing support for the only viable opposition force, which is that of the People’s Mojahedin Organization of Iran (PMOI / MEK Iran). The Resistance Units of the (PMOI / MEK Iran) have been instrumental in recent years for the role they have played in several nationwide uprisings. These have taken place due to the regime’s criminal agenda which has been exposed through accessing information, videos, and photos highlighting their violence against the Iranian people.

The role of the #MEK is not limited to revealing the regime’s lies. The MEK #Iran has shown a way to put an end to the problems Iranians are facing with during for the past 40 years https://t.co/YOMAoUBJ4o#Covid_19 @USAdarFarsi pic.twitter.com/jUfItRSAAr

MEK has resistance units throughout Iran

These units support freedom from oppression for the Iranian people with the goal of overthrowing the regime.

Recently, the (PMOI / MEK Iran) has been involved in activities in the following cities:

An IRGC Basij base was set alight in Ahwaz, along with the following: Banners of Khamenei, Qassem Soleimani in Mashhad, and other regime propaganda notices in Saveh.

Because the Resistance Units have built up a sound base in Iran they are now playing a critical role in the forthcoming Iranian people’s revolution.

These sorts of words show how concerned the regime’s Supreme Leader is and how the (PMOI / MEK Iran) is gaining support from Iran’s youth as each day passes.