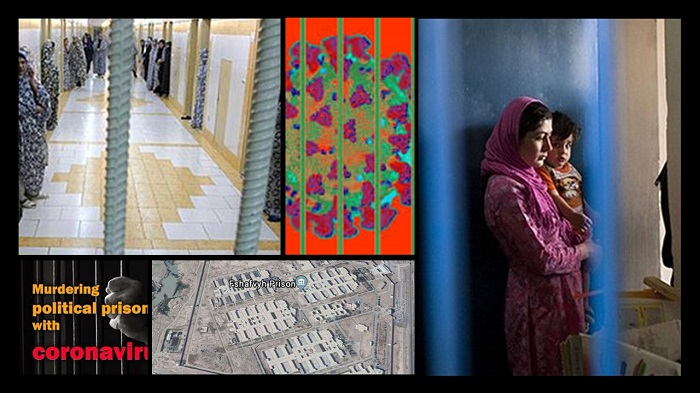 The human rights situation in Iran has been a worry for many years. Human rights activists, international human rights organizations, and the main opposition to the Iranian regime The National Council of Resistance of Iran (NCRI) and The People’s Mojahedin Organization of Iran (PMOI / MEK Iran) have been highlighting the situation.

During the (NCRI) and The (PMOI / MEK Iran) annual Free Iran gathering, the majority of speakers which include members of parliament, former administration officials, politicians, and so on, speak about the horrifying lack of human rights granted to the people of Iran.

The Iranian regime has traditionally denied that human rights violations take place daily and provide explanations and pathetic excuses for the crimes it is responsible for. The state-run media normally ignores the situation. That was, until very recently when Etemad online wrote about the terrible conditions in Fashafuyeh Prison, also known as the Greater Tehran Central Penitentiary.

On June 20, 2019, Alireza Shirmohammadali was stabbed to death in Fashafuyeh Prison after he was kept in a ward with inmates convicted of dangerous crimes. His tragic death highlights the situation of political prisoners who suffer at the hands of #Iran‘s criminal justice system. pic.twitter.com/l7YYD3XE98

Etemad is part of the regime’s media machine and its account of happenings in the Greater Tehran Central Penitentiary is surprising. It wrote that 13,950 people are locked up there for small crimes such as theft, smuggling, malversation, fraud, consumption of alcohol, and so on. A prisoner was quoted as saying that “small criminals” enter the prison, but by the time they are released they are “big” criminals.

The report states that the prison is divided into 5 sections. Sections 1 and 4 are for criminals accused of theft and such crimes. Sections 2 and 5 are for the “financial convicts” and Section 3 is for the new arrivals. Each section holds several thousand inmates.

Etemad wrote that the prison is nowhere near equipped or big enough to hold this many prisoners, saying that even a fifth of the current number of inmates would be considered over-capacity. Some prisoners have to wait an entire week to be able to have their turn in the bathroom facilities to wash. Many prisoners have to sleep on the floor and that “bed dealing” takes place. This is where a prisoner pays to be able to sleep in a bed instead of on the floor.

The report also claims that there is a mafia for everything – post, medicine, the bath, and even the toilet. Cigarettes appear to be the main currency.

Not surprisingly, the overcrowded conditions mean that diseases and infections are rife, especially tuberculosis, flu, and scabies. There are also many prisoners with AIDS because of their addiction. There are prisoners with severe depression, and manic and psychotic episodes are common. Doctors and medical staff are supposed to do regular checks on inmates, but due to the sheer numbers, this is certainly not happening.

Hygiene and sanitary standards are also very poor because of the black-market “mafia” and the lack of supplies. In a few of the sections, it has been heard that prisoners share towels and clothes. Two of the sections do not have hot water and another one has a broken hot water system. A prisoner said that there are rats around the prison, some of them as big as cats.

A jailed Gonabadi dervish sent IranWire paintings and drawings of life inside Iran’s Fashafuyeh Prison. These powerful images reveal the tough conditions of the prison, as well as the solidarity and friendship that develops between inmates.

Etemad concluded that life in the prison can be comfortable for those that have plenty of money to spend, otherwise, it is a miserable place where prisoners are “doomed to perish”.