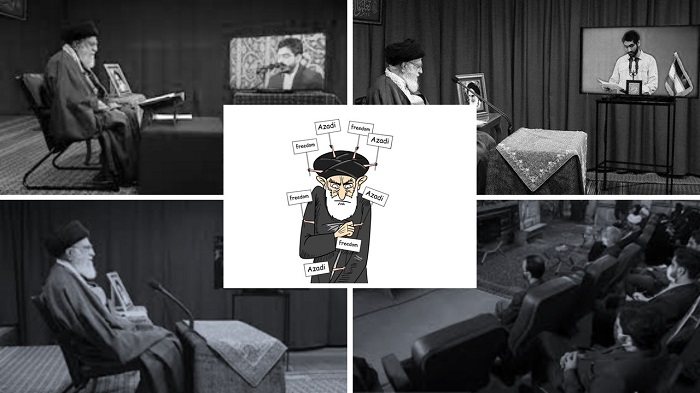 In a speech given at his annual meeting with a group of paramilitary Bassij students, the Islamic Republic’s supreme leader Ali Khamenei displayed a new depth of the acute crisis his regime is facing.

“At the beginning of the [1979] revolution, we had young people who were Muslims and had entered the scene in defense of Islam,” Khamenei said in his online virtual videoconference.

Although not mentioning names, no one had difficulty to understand who Khamenei was referring to. By groups with eclectic views, the regime’s leaders mean the Mojahedin-e-Khalq, MEK Iran. This leading Iranian opposition group has been waging an all-out effort since 1981 for regime change in the country.

Khamenei’s worries are not unfounded. Addressing the Iranian youth, he alluded to the extensive participation of young people during the November 2019 and January 2020 uprisings, saying: “Don’t allow your demands and protest to be painted as a protest against the Islamic system. The enemy is waiting for it. You voice your objection. But the enemy interprets your criticism to be a protest against the system and makes the induction that this was a protest against the regime. Don’t allow this to happen. You have to avoid this, and prevent the enemy from finding the opportunity to interpret your demand and your protest in his way.

On January 8, 2020, Khamenei had said that the MEK Iran had planned the November uprising following the hike in gasoline prices. So the whole speech was in some way, revealing the extent of the regime’s worries about the increasing role of the organized Resistance in the ongoing critical social situation in the country.

The coronavirus crisis has not helped the situation too. Iranian society undergoes a problematic period of tension, during which a single spark can lead to a massive explosion.

PMOI/#MEK #Iran Resistance Units has continued their anti-regime actions across the country this week, despite the security forces being on full alert and the threat of the #coronavirus.https://t.co/3YscWu4Ejf#Covid_19 @USAdarFarsi pic.twitter.com/Nd6sUuFidy

On Sunday, May 17, the state-run website Erja News urged the clerical regime’s officials to be vigilant about the growing public embrace of the MEK’s ideals and slogans, especially among university students and the country’s intellectuals. It went all the way to underscore the “sinister awakening of sleeper cells” of the MEK Iran, in their “thousands,” inside the country. It expressed fear over the expansion of the activities of the MEK Iran and its Resistance Units.

The unique expression of fear over Resistance’s influence among the youth marks an increase in the growing general concern shown by the regime’s officials on possible chaos and anti-regime protests in the post-corona juncture. With social dissent over the mishandling of the pandemic by authorities and the recent precedent of a popular uprising, the regime can hardly envisage being obliged to send, once again, tanks and armored personnel carriers into the streets to quench popular uprising.