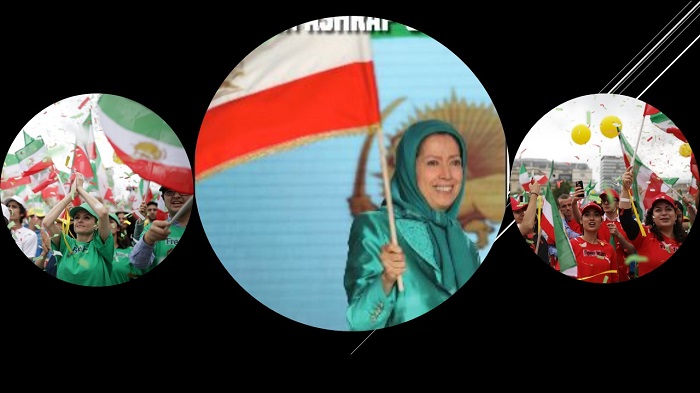 It has been a fallacy that the current regime in Iran will continue to oppress the people of Iran forever. Of course, the Iranian regime itself has done its utmost to spread the message that there is no viable alternative, an idea that has taken root amongst the consciousness of some western lawmakers.

Iran’s state media, as well as some of its supporters amongst the western media, have helped to convey the message that any opposition groups are unpopular within Iran.

This false picture from the regime’s point of view started to look a lot shakier as events unfolded from the end of 2017. It was in January 2018 that the first national uprising began, with calls for regime change from a wide diversity of sectors within Iran.

Several dozen protestors were killed and the movement went underground, but only until November 2019. It was “a year full of uprisings” according to Mrs. Maryam Rajavi, the president-elect of the National Council of Resistance of Iran.

The number of protests in November 2019 was greater than in January 2018. Slogans were expressed such as “death to the dictator” amidst support for the People’s Mojahedin Organization of Iran (PMOI / MEK Iran). The regime panicked and applied brutal force against the protestors, ending in over 1,500 dead and many more arrested and imprisoned.

The growth in the influence of the MEK has created extreme anxiety in the regime. A public warning about the role of the MEK was issued by the regime’s Supreme Leader, Ali Khamenei. There have been many other warnings since then.

The #NCRI has also revealed that the regime has created fake emails, making it look like the #PMOI #MEK #Iran Deputy Secretary-General had contacted members and supporters via email https://t.co/k3uDX2Evhr #IRGCTerrorWithoutBorders #Iranian #coronavirus #FreeIran2020 @USAdarFarsi pic.twitter.com/zVWCmLQcoV

While official silence about the MEK was maintained, the organization recovered its strength and garnered more attention internationally. In 2013, it revealed key information about Iran’s secretive nuclear program. It also provided invaluable information to people in Iran itself, who were starved of facts because of the repressive censorship pursued by the regime.

The MEK and NCRI have now become politically recognized worldwide. A 10-point plan for Iran’s future has been drafted by Mrs. Maryam Rajavi, the NCRI’s president-elect. Its key points are to introduce free and fair elections, legal protection for women and minorities, and separation of state and religion.

A resolution was recently passed by representatives of the U.S. House of Representatives calling for recognition of the Iranian resistance movement and action on the regime’s human rights abuses. Despite these moves, European leaders seem hesitant to alienate the Iranian regime and seem reluctant to disturb the status quo.

However, this lack of recognition of the plight of ordinary Iranians is going to alienate them further. The support for the resistance is growing as protests continue to erupt within Iran. It should be clear to western leaders that Iranians emphatically do not want the status quo.

Currently, all signs appear to signal that the regime’s days are numbered. There is little time left for Western policymakers to decide which side of history they want to belong to – to stand with the regime or on the side of the Iranian people and their determination to pursue a free and democratic Iran.

More than 65,200 people have died of the novel #coronavirus in 342 cities checkered across all of #Iran‘s 31 provinces, according to the Iranian opposition PMOI/MEK.

The annual rally will be held by the NCRI this year on July 17th. This will be affected by the Covid-19 pandemic this year, so instead of the usual huge gathering in Paris, there will be an online “Free Iran Global Summit,” consisting of a network of localized gatherings, mostly in European capital cities.

This important event is a declaration of opposition to the clerical regime. Many Iranian citizens will be taking part despite the censorship. It will declare once and for all that time is running out fast for the regime.