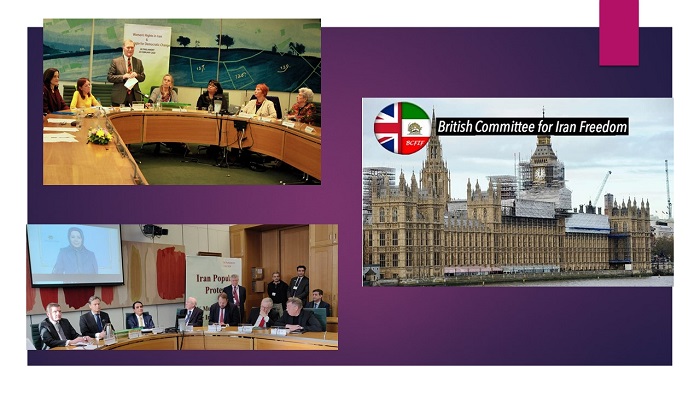 The British Committee for Iran Freedom (BCFIF) published a report on the Iranian regime, its belligerence, and the urgent need to take action. The Foreign Affairs Committee of the United Kingdom’s House of Commons has put a copy of the report on its website.

The BCFIF has been dealing with affairs in the Middle East and is commended for its expertise and experience regarding the analysis of affairs in Iran. The organization has more than a hundred cross-party Members of Parliament and Peers and it believes that a firm approach is needed when dealing with the Iranian regime. It supports the people of Iran in their quest for a secular democracy.

The report recommends that the UK Government must fully understand the past four decades of belligerence and oppression that the Iranian regime has been responsible for. Since the beginning of its existence, it has sparked conflicts in the Middle East, and beyond, and has denied the people of Iran the most basic of freedoms.

The report also highlights that the Iranian regime is the number one state sponsor of terrorism in the world and that it routinely takes foreigners and dual-nationals captive to gain leverage over other governments. One such example of this is the case of Nazanin Zaghari-Ratcliffe, a British-Iranian woman that the regime accused of working against the regime when she had been in the country visiting her family. To secure her release, the Foreign Secretary, in March last year, exercised diplomatic protection. However, she has still not been allowed to leave the country.

The BCFIF reminds the British government that it is “virtually impossible to have a constructive, bilateral relationship with a regime which has such appalling track record”. Firmness is required and unless the regime is willing to work with the international community and not against it, sanctions must be put in place.

The organization also reminds the British government that the people of Iran do not accept the religious leadership and that they want a secular democracy, as well as the respect of human rights, equality, and freedom.

To counter the regime’s destabilizing role, not just in the Middle East, but also around the world, the BCFIF calls on the UK government to proscribe the Iranian regime’s Ministry of Intelligence and the notorious Islamic Revolutionary Guard Corps (IRGC) as terrorist organizations.

The organization also recommends that the UK government works with allies across the world to remove Iran from Syria and Iraq and the other countries in which it is meddling.

The BCFIF highlighted the regime’s failure to comply with the Joint Comprehensive Plan of Action (JCPOA), or the 2015 Iran nuclear deal, and its lies and deceptions surrounding its nuclear and ballistic missile program. It said that these issues must urgently be addressed.

And its final recommendation is that the UK government works with allies around the world to reinstate the six United Nations Security Resolutions dealing with the regime’s nuclear program and the related UN sanctions.

The Committee enjoys links with the Anglo-Iranian societies in the UK, especially supporters of the main Iranian opposition groups, The National Council of Resistance of Iran (NCRI) and The People’s Mojahedin Organization of Iran (PMOI / MEK Iran),” read the report introducing the BCFIF and its objectives.