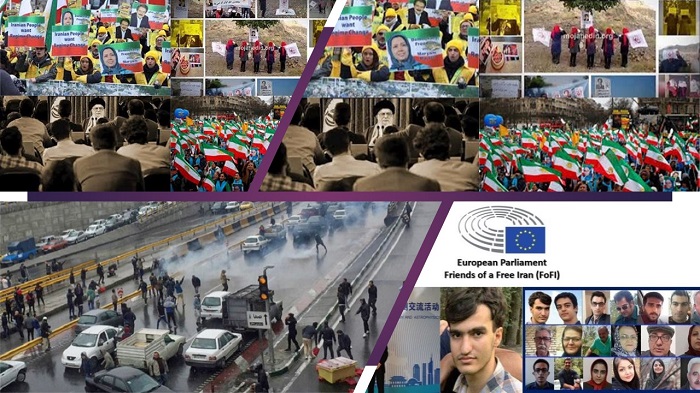 Rebellious young people in Iran, as well as supporters of the People’s Mojahedin Organization of Iran (PMOI / MEK Iran), have been taking to the streets in recent weeks to voice their opposition to the Iranian regime and its negligent officials.

Anger in the country is palpable as people deal with the effects of the Coronavirus outbreak that has claimed the lives of more than 44,800 people across the country. The regime has failed to act in a timely manner, letting the virus spread further and further afield. It failed to follow the lead of countries that have been ahead of Iran in dealing with the outbreak. For example, for many weeks after the first cases of COVID-19 were detected, the regime continued to let flights between Iran and China operate. Even countries that had none or very few cases had suspended flights, anticipating their own outbreaks.

Because of the unrest that has been spilling over, the regime is very nervous about another nationwide uprising, like the one that started in November last year, making the regime realize that the people are determined to see it collapse. For this reason, the country’s Ministry of Intelligence & Security (MOIS) and the notorious Islamic Revolutionary Guard Corps (IRGC) have been carrying out arrests of supporters and members of the (PMOI / MEK Iran).

Many #Iranians followed the #MEK when it called for a regime change twice in the past 24 months. people will be furthering their cause for a regime change and there will be little anyone can do about it.https://t.co/PWGJq2Coqw#Iran #COVID19 #coronavirus @USAdarFarsi pic.twitter.com/MSlwAF46ri

Family members of people belonging to the (PMOI / MEK Iran) have been particularly targeted and many have been sent to prison. They have been threatened, ordered to pay bail and some have even been given written obligations. Some prisoners have been subject to violent interrogations in an attempt to break their resistance.

The (PMOI / MEK Iran) has so-called Resistance Units spread across the country. They have been particularly active, spreading the word about the people’s resistance and they have made their contempt for the regime and its leaders, in particular Supreme Leader Ali Khamenei and President Hassan Rouhani, known.

This latest crackdown on the people and the opposition shows that the regime is very concerned about its survival. Years ago it would not admit that the (PMOI / MEK Iran) was a threat, but now it cannot maintain these lies any longer. The opposition has been growing in size for a long time, and it has very significant support outside Iran too. Many politicians, congressmen, and women, and dignitaries from Europe, the United States and all around the world have openly voiced their support for the Resistance led by Mrs. Maryam Rajavi.

In the past few weeks the Iranian regime’s Ministry of Intelligence & the Revolutionary Guards (IRGC) have been summoning & arresting a large number of active & rebellious youths, especially supporters of the Iranian opposition PMOI/MEK.#Iranhttps://t.co/GZhnvajx8I

As well as cracking down on dissent, the country’s MOIS has been engaging in a misinformation campaign with the aim of discrediting and smearing the (PMOI / MEK Iran).

Mrs. Maryam Rajavi has called on the United Nations High Commissioner for Human Rights, the UN Human Rights Council, the UN Special Rapporteur on violence against women, and international human rights organizations, to act in a matter of urgency. She said it is essential for international delegations to visit Iran to meet with political prisoners and to assess the situation inside prisons.