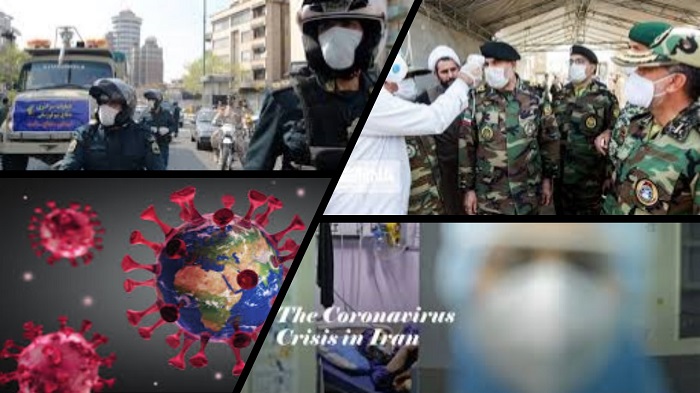 The Coronavirus health crisis is still ravaging across Iran. The People’s Mojahedin Organization of Iran (PMOI /MEK Iran) announced on Saturday May 16, 2020, that the Coronavirus death toll in 318 cities in Iran had surpassed 42100.

The Iranian regime is fully responsible for the extent of the crisis because it failed to act timely and adequately at the beginning of the outbreak. Since the start, it has failed to contain the spread of the virus and it has made the people of Iran very vulnerable.

The city of Qom is where the virus was first detected in Iran and the regime failed to quarantine it to stop it spreading to other cities. The regime also facilitated the spread of the virus by keeping flights between Iran and China running, long after other countries suspended flights.

Ahvaz, southwest #Iran
Locals are forced to purchase their drinking water during the ongoing #coronavirus pandemic. Their homes lack even the basic necessities, raising health risks to dangerous levels.pic.twitter.com/bIAs9NZZ4I

Other countries have also taken measures such as obliging people to stay at home. The regime, on the other hand, sent people back to work far too early, with President Hassan Rouhani admitting that the people had a choice of either dying from hunger or succumbing to COVID-19.

The regime has tried to cover up the extent of the crisis, downplaying the gravity of the situation and under-reporting on the death toll. The regime has also tried to stop people, including doctors, nurses, and medical experts from publicly speaking about the health crisis. However, more and more people are speaking out, even regime officials, because they can no longer listen to the regime pretending that it has the situation under control.

The country’s Ministry of Health has been pushing the government to quarantine the country, but the government will not let this happen because of the economic consequences. In all of this, it is the people of Iran that are paying the price and suffering from the consequences.

The National Coronavirus Combat Taskforce (NCCT) has also been involved and has been putting forward suggestions and expressing its concerns.

There are too many bodies involved in the process and no progress is being made. There is a lot of noise, but not a lot of action and decisive measures. Situations like the current health crisis would normally be managed by the Ministry of Health and supported by the government and bodies such as the task force. Yet the Ministry of Health is not being allowed to manage the process.

Political and economic worries are the driving force behind the regime’s decisions. This is why the people of Iran do not trust the regime. In times of crisis like this, they know that they will never be made a priority.

The Mujahedin-e Khalq (PMOI / MEK Iran) has Resistance Units the whole way across the country and they have been very active in recent times. https://t.co/FhO8FZu8El#Iran #MEK #COVID19 #coronavirus @USAdarFarsi pic.twitter.com/ChzzNxwhJc

The regime is right to be concerned about an uprising because the people of Iran are certainly not going to forget the regime’s criminal negligence.

The main opposition to the Iranian regime – the People’s Mojahedin Organization of Iran (PMOI / MEK Iran) – has been supporting the people throughout this crisis.