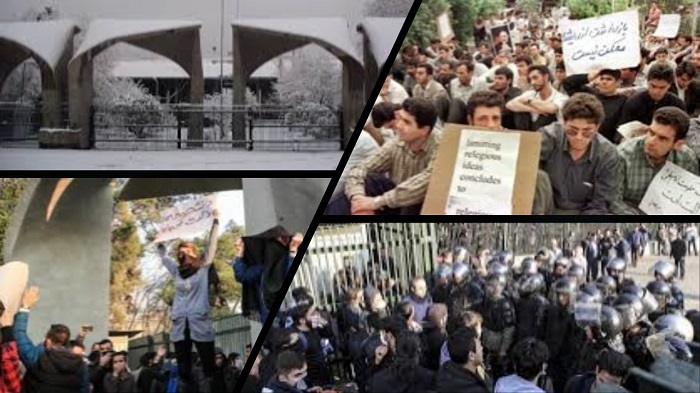 The People’s Mojahedin Organization of Iran (PMOI / MEK) wrote an article about what has been described as the “Cultural Revolution” in Iran. The article was published at the time of the anniversary of the founder of the Iranian regime’s death. Ruhollah Khomeini, the Supreme Leader at that time, oppressed the opposition and instigated some horrific crimes against humanity.

The point of this “Cultural Revolution” was to get rid of all intellectual minds in Iran. It lasted for three years between 1980 and 1983. All universities were forced to close and there were hundreds of arrests of intellectuals, including scientists, students, and professors. The regime felt threatened by dissidents at that time, just as it does now.

The (PMOI / MEK) explained in its article that this is an absolute contradiction of the 1979 revolution in which the intellectuals in Iran worked towards bringing attention to political matters so that they would not have to face toppling another Shah. And also so that another Shah would never be established in the country.

At the time of the Islamic Revolution, the leader of the (PMOI / MEK), Massoud Rajavi, spoke at Sharif University every week. Around 10,000 people would gather to listen to him and by 1980 the (PMOI / MEK) had around 300,000 members. This is remarkable, considering that the organization had almost been quashed by the Shah who had imprisoned its leaders.

The growing number of supporters was a major concern for the Supreme Leader at that time and he was very concerned about a newly educated society taking matters into their own hands and instigating a war against the country’s new leadership. The regime tried to quash dissent with violence and brutality, resulting in thousands being injured and dozens being killed. Unfortunately, this kind of brutality continues to this day.

Again, in 1999, the regime once again targeted intellectuals. Students were denied freedoms, especially political freedom, and they were separated by gender in education. Female rights were particularly targeted when they were not allowed to take many university courses. This was taking Iran in the wrong direction and it resulted in brain drain. Many professors left the country and were replaced by incompetents that were on the regime’s side.

This is having a very harmful effect on the country because it is impossible for Iran to move forward when people are not respected. This is especially the case when the intellectuals of the country are dismissed, even in scientific domains.

Last month, Supreme Leader Ali Khamenei said in an address to the suppressive Basij Force that he envisages a “young” government with Hezbollah-like qualities. This is concerning that the Supreme Leader is speaking like this – admitting that he wants an extremely loyal government. This spells danger.

The people of Iran, though, are adamant that they are going to see the regime fall. They want freedom, democracy, human rights, and equality and they know that they can never truly experience these while the regime remains in power.