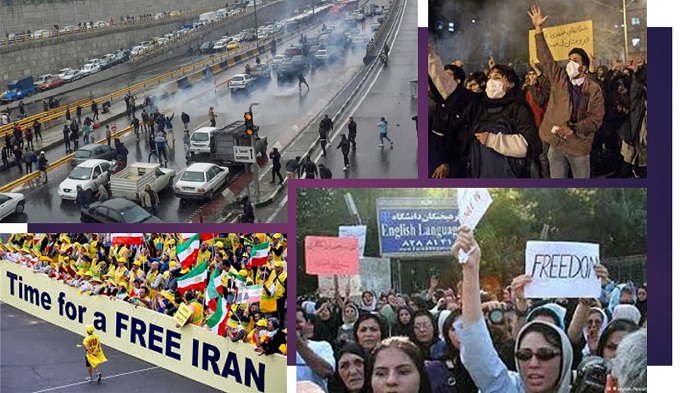 The Iranian regime is soon going to experience yet another nationwide uprising. Anger is very present in Iran where the people are battling with the novel Coronavirus that has already claimed by the (PMOI / MEK Iran), that Coronavirus has taken the lives of more than 44,500 in Iran.

Since the beginning of the outbreak, the regime has consistently under-reported on the reality of the situation and the death toll it claims is a fraction of the real number.

Adding to the many problems that the people of Iran already face, they are now being ordered to go back to work. This leaves many people in Iran with the choice of staying at home, safe, but starving to death. Or, to return to work but risk succumbing to the virus that can be deadly to many. The economy is suffering badly and unemployment has been increasing since the beginning of the outbreak.

Yet despite the many problems the regime is facing, it is still continuing to execute prisoners. Last month alone, at least 23 people were executed. The situation in prisons is tense, with a number of riots breaking out because inmates’ concerns and worries have been ignored. Prisoners are especially vulnerable to the virus, not just because of the unsanitary conditions that are far below international standards, but also because those that have been infected are not removed from the general prison population, nor are they given medical attention.

The regime’s fragile condition will get worse, and it will look to search a way out by increasing its warmongering policies in the region and internal contraction. Therefore the only solution seems to be regime change.https://t.co/2MaM0Y04Ng#Iran #MEK #coronavirus @USAdarFarsi

Iran has long placed its hopes on political advances in Iraq, but it seems like it is fighting a losing battle there too. Towards the end of last year, the people of Iraq took to the streets to make it clear that they do not want Iran’s interference to continue. Hundreds of thousands of people could not contain their anger, and hundreds were shot and killed by forces trained by Iran’s notorious Islamic Revolutionary Guard Corps (IRGC).

At the beginning of the month, Mostafa al-Kadhimi became the Prime Minister of Iraq. The people of Iraq consider him to be one of the Iranian regime’s puppets. Protests followed with people declaring that they want to see the corrupt parties overthrown, making it clear that they are referring to the Iranian regime and its mercenaries.

So not only is the Iranian regime the subject of much anger at home, but it is also causing major disruption and unrest in other countries.

The people of Iran have watched the regime spend huge sums abroad, plundering the nation’s wealth on terrorist and other malign activities, while the people get poorer and poorer. The people want regime change and they are not going to relent until they have it.

The regime is trying to contain dissent through further suppressive measures, but this is just making the people more determined than ever.

The PMOI / MEK Iran and the National Council of Resistance of Iran (NCRI) have taken great efforts to help the people of Iran that have been left extremely vulnerable by the government.