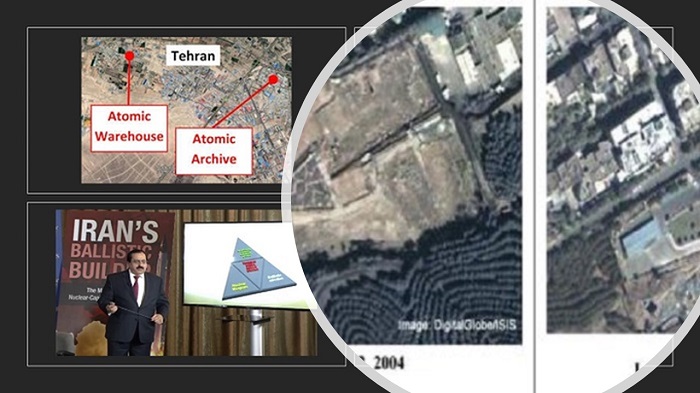 On Friday 5th June, the International Atomic Energy Agency (IAEA) distributed a two-part report to its board of governors. The report was dealing with Iran and its nuclear activities. Just a few days later, the Iranian regime’s media published a translation of the first part of the report, but not the second part.

The IAEA is due to meet on Monday 15th June to discuss the report and consider factors in moving forwards.

On May 15, 2003, the National Council of Resistance of #Iran revealed the Lavizan-Shian site. Following these revelations, the #Iranian regime cleared and destroyed the site in December 2003 by replacing the topsoil of the site down to 4 meters deep #IAEA https://t.co/nknX9C1TCq

The regime is concerned about this meeting and is very reluctant to speak about it. But why? Well, looking at the first part of the IAEA’s latest report, it highlights that the Iranian regime has violated the 2015 Iran nuclear deal or Joint Comprehensive Plan of Action (JCPOA) as it is formally known, on a handful of occasions.

It detailed that Iran has significantly increased its stockpile of enriched uranium and enrichment activity on the Furdow site is evolving. The report states that the Iranian regime has also started nuclear operations in a new site and is experimenting with gases and centrifuges.

The second part of the report goes into further detail about Iran’s nuclear activities, especially the ones that it has not declared. The IAEA reports that several locations are used to hold undeclared nuclear material and where covert operations are taking place. The report indicates that the IAEA has asked Iran to provide answers to questions related to these sites.

The agency is still waiting for Iran to provide information about a location that was likely used in 2002 and 2003 for extensive nuclear activities that were later completely sanitized and leveled between 2003 and 2004. However, because of the cover-up, the agency has declared that it is not likely to get any answers or evidence because of the level of sanitization that has since been carried out.

The main opposition to the #Iranian regime #NCRI through reports provided by the #PMOI #MEK #Iran through has made the JCPOA aware of the intentions of the regime to build nuclear weapons capabilityhttps://t.co/dJ5kxaxUi9#IRGCTerrorWithoutBorders #coronavirus @USAdarFarsi pic.twitter.com/9njAXbXWmz

The IAEA also pointed out that a cover-up is likely at another site that has possibly been used to store nuclear materials as well as for explosive testing. The IAEA has noted a massive sanitization effort that has taken place in the past year in this location too.

The nuclear watchdog, in the second part of the report, emphasizes that it is concerned about Iran’s lack of transparency and honesty. It said that “this is adversely affecting the Agency’s ability to clarify and resolve the questions and thereby to provide credible assurance of the absence of undeclared nuclear material and activities at these locations in Iran”.

For many, it is no surprise that the Iranian regime has been covering up its nuclear activities. However, the fear of getting caught out is something that the regime is concerned about because it does not want to lose the many concessions that it benefits from since the nuclear deal was signed.

The fact that the IAEA is continuing to raise its concerns is something that the regime cannot afford to let happen. It is yet another crisis that the regime is going to find it difficult to get past.

The Iranian opposition to the Mullahs regime, the National Council of Resistance of Iran (NCRI) through the reports provided by the People’s Mojahedin Organization of Iran (PMOI / MEK Iran) has made the international community aware of the intentions of the Iranian regime to build nuclear weapons capability.