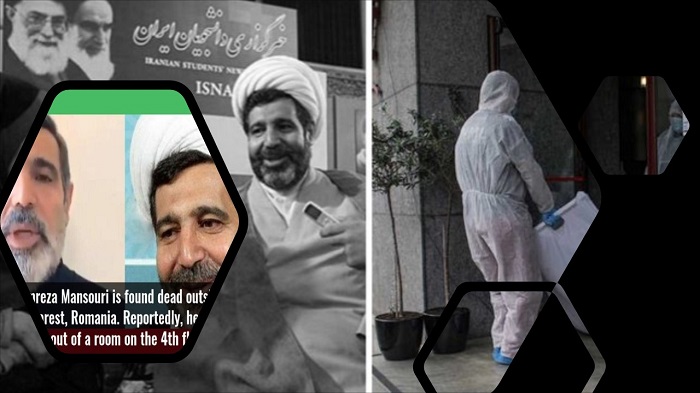 Struan Stevenson, the coordinator of the Campaign for Iran Change and a former member of the European Parliament, published an article in which he concludes that the apparent suicide of an Iranian fugitive and the former judge was an assassination carried out by the Iranian regime’s intelligence services.

The person in question is Gholamreza Mansouri who was arrested in Romania last week after the Iranian regime issued an Interpol warrant.  Mansouri was put in a hotel in Bucharest where he was under police watch.

#Iranian Embassy official told them to take the bomb to Paris and detonate in a rally organized by #NCRI #Iran with an attendance of 100,000 supporters of The #PMOI / #MEK United operation by the #German #French #Belgian intelligence services https://t.co/0dUuwKilkY @USAdarFarsi

Stevenson said it is clear that the Iranian regime was worried about further leaks after it became known that Mansouri had accepted a bribe of £450,000 while he was a judge. The regime tried to get him back to Iran where he would almost certainly have been executed or at least killed in one way or another.

He was supposed to be extradited to Iran, but this was delayed because the Romanian authorities wanted evidence against him.

Corruption in Iran is nothing new. The vast majority of officials in Iran are corrupt. However, when Mansouri fled Iran it was significant. He had close ties with the former chief of the judiciary Ayatollah Sadeq Amoli Larijani. But when he was replaced by Ebrahim Raisi he had no choice but to leave the country because of the “deep divisions” within the factions, as Stevenson describes them.

Since discovering he was in Romania, many people – activists, Iranians abroad, and so on – called on the Romanian authorities to try him for his crimes against humanity, for which there were many, in particular the suppression of the press and journalists in Iran.

This scared the regime because it would certainly lead to many more inquiries once the matter was investigated.

Suspicions of course have been aroused when it was revealed that Mansouri had jumped from his room on the sixth floor of the hotel in Bucharest. Stevenson questions why a man whose extradition was blocked would commit suicide, especially when he was rolling in money and had a luxury property in Turkey.

Stevenson said: “His death bore all the hallmarks of an assassination by the clerical regime’s intelligence services, using their signature methods.” He mentioned the case of Saeed Emami who allegedly took a drink of hair remover in prison and subsequently died. The intelligence officer also found himself on the wrong side of the regime, just like Mansouri.

#Iranian Embassy official told them to take the bomb to Paris and detonate in a rally organized by #NCRI #Iran with an attendance of 100,000 supporters of The #PMOI / #MEK United operation by the #German #French #Belgian intelligence services https://t.co/0dUuwKilkY @USAdarFarsi

These assassinations are not isolated incidences. They happen with great frequency and the regime is never held accountable.

Furthermore, they are happening all over the world. Stevenson highlights that there have been assassinations all across Europe, yet the governments are not getting involved.

Earlier this month, Swiss authorities notified the NCRI that the case of the assassination of Professor Kazem Rajavi in Switzerland was going to be closed because of a statute of limitations. Human rights activists and the Iranian Resistance (PMOI / MEK Iran) are calling on the Swiss authorities to reverse this decision and to hold the regime accountable for the assassination of one of the most prominent human rights advocates.