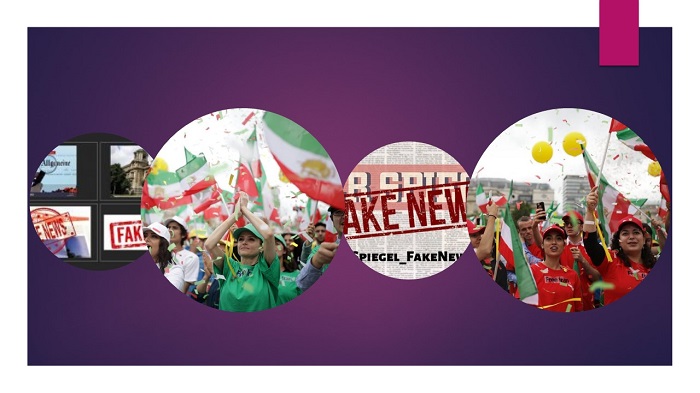 The Iranian regime has tried to discredit its opposition for many years. As time goes on, its techniques evolve. The latest technique that the regime has been using is to impersonate the regime in an online format.

The international community is increasingly becoming aware of fake news in general, with social media platforms being criticized for allowing such news to circulate. However, it is not just social media that is affected – it is also widely-recognized and supposedly reputable news outlets that are also falling prey to the regime’s tactics.

One recent example of this (that is slowly being corrected) is the German publication Frankfurter Allgemeiner Zeitung. The publication published many untruths and lies about Ashraf-3 in Albania – the home of members of the People’s Mojahedin Organization of Iran (PMOI / MEK Iran). The publication made false claims about the treatment of the residents there.

The journalists and policymakers must make it standard practice to avoid false repeating of any claims about the #Iranian Resistance that have not been fully vetted.https://t.co/nVFIwEXH8W

The National Council of Resistance of Iran (NCRI) filed a lawsuit against the German publication. The court ruled in favor of the NCRI and it was heard that Frankfurter Allgemeiner Zeitung violated basic journalistic standards. It was admitted that allegations were presented as factual.

The case is similar to one involving another publication last year. Der Spiegel was also brought to court because of allegations it made.

The international community must be careful about the reporting it does on Iran. The Iranian regime is the number one state sponsor of terrorism. It not just exports terrorism across the region and beyond, but it also terrorizes its people. It is responsible for some of the most horrific crimes against humanity, in particular the 1988 massacre in which tens of thousands of political prisoners were executed during the space of just a few months.

Considering the Iranian regime’s actions, both now and in the past, publications must be very aware of the harm that can be done if strict journalistic standards are not followed.

The journalists and policymakers must make it standard practice to avoid false repeating of any claims about the #Iranian Resistance that have not been fully vetted.https://t.co/nVFIwEXH8W

The NCRI has also revealed that the regime has created fake emails, making it look like the (PMOI / MEK Iran) Deputy Secretary-General had contacted members and supporters via email. The NCRI said: “Regime’s Cyber Unit forged an email purporting to be from Ms. Badri Pour-Tabakh, the Deputy Secretary-General of the People’s Mojahedin Organization of Iran (PMOI / MEK Iran), and mass emailed messages to members and supporters of MEK to deceive them and gain their trust for later exploitation and information gathering operations. Ms. Pour-Tabakh does not use email as a medium in her communications with Resistance supporters.”

The fact that the regime is investing so many resources into trying to discredit the (PMOI / MEK Iran) just shows how desperate it is. The regime’s demise is very close and it is doing all it can to keep clinging to power. The (PMOI / MEK Iran) is the only viable alternative to the Iranian regime, and the regime knows this and is trying to destroy it. However, the more it tries, the more it makes the Resistance determined in their efforts.