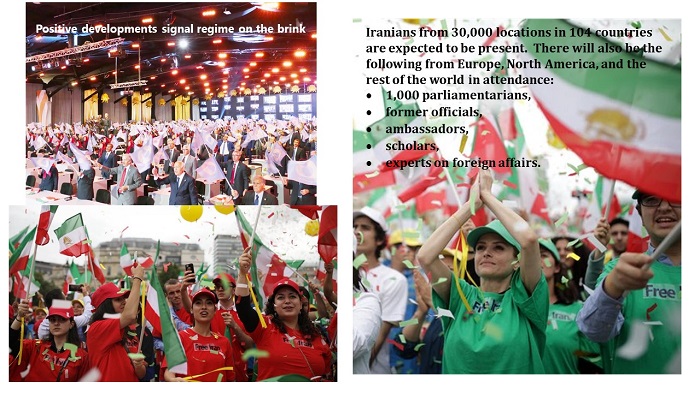 This Friday the 17th of July, the People’s Mujahedeen of Iran (PMOI / MEK Iran), the Iranian resistance organization which opposes the mullah’s rule, will be holding a virtual, global live event on Zoom.

One of the key points for discussion is the impact on Iran of COVID-19 which has been made worse by the current Iranian regime. It is called the virtual “Free Iran Global Summit” and will be taking the place of the typically large yearly gathering organized by the (PMOI / MEK Iran).

Shahin Gobadi, a spokesperson for the (PMOI / MEK Iran) stated that this year’s summit will bear more weight than others that have taken place in previous years because of the many recent events that have taken place in Iran. One of the most significant events has been COVID-19, which has taken more than 71,300 lives, many of which could have been prevented had the regime not covered up the severity of the virus and hadn’t behaved so incompetently towards his presence. Along with the devastating impact of the virus has been the near economic collapse of the country leading to skyrocketing price rises and a freefall in the value of the currency.

Over 71,300 people have died of the novel #coronavirus in 346 cities checkered across all of #Iran’s 31 provinces, according to reports tallied by the Iranian opposition PMOI/MEK as of Wednesday afternoon local time, July 15.https://t.co/ywj9jl1YTU

Importance of the resistance movement

The Free Iran event will showcase the influence of the ‘MEK resistance units’ both inside and outside Iran. Mrs. Maryam Rajavi, the President-Elect of the National Council of Resistance in Iran (NCRI) has stated that today throughout Iran there are more than one thousand active resistance units. Shahin Gobadi said that there is little doubt that the MEK resistance units are a threat to the stability of the current Iranian regime and he suspects that the regime will try to disrupt the coming virtual summit, even if it is through a cyber attack. Suspects are still awaiting trial in France after the alleged role they played in a bomb plot aimed at the 2018 summit meeting of the resistance movement held in Paris.

Some of the expected attendees at this virtual event at the end of this week are ex-Mayor Rudy Giuliani, Senator Joseph Lieberman, Governor Tom Ridge, and Congressman Patrick Kennedy. It is expected that the event will be online in 30,000 locations and 102 countries.