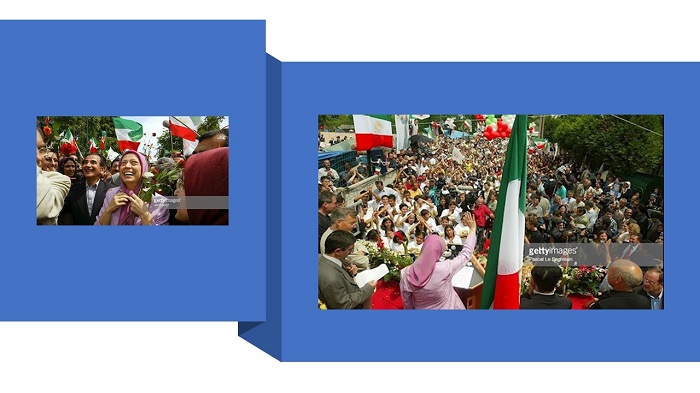 The MEK Resistance Units in Iran have bravely taken to the streets of many Iranian cities to spread the message of opposition to the mullahs’ regime and praise the words of Mrs. Maryam Rajavi, the president-elect of the National Council of Resistance of Iran (NCRI).

Some of the slogans that were used are listed below:

The release of Mrs. Maryam Rajavi and other key figures of the opposition on July 3rd, 2003 in France was also celebrated by the MEK Resistance Units. It was on this date that the French court system ordered the release of all those Iranian leaders who had been arrested illegally by French police in Auvers-Sur-Oise two weeks earlier. The headquarters of the NCRI had been attacked by the French police in a raid that led to the ransacking of the building and the arrest of Maryam Rajavi and many hundreds of other resistance figures. Much property inside the NCRI headquarters was destroyed during the raid.

It was after 17 days of imprisonment that all who had been arrested including Mrs. Maryam Rajavi were released as the police action was overruled by the courts.

In Iran over the last few days, the Resistance Units have celebrated the date of the release by unfurling banners and posters that support Mrs. Maryam Rajavi.

Some of the slogans that were revealed include the following: