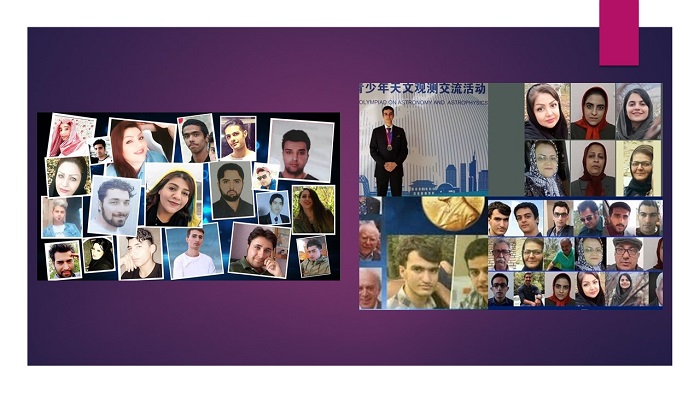 Protesting against the current regime is not new in Iran, as on July 9th, 1999, many students at the Amirabad student dormitory in Tehran University were involved in an anti-government demonstration calling for an end to the repressive regime.

Unfortunately, democracy was not on the regime’s agenda and they sent in the revolutionary guards who attacked the students with teargas, clubs, and fire weapons. This culminated in the deaths of three students, with more than a thousand injured and another thousand arrested.

It wasn’t just Tehran where protests took place, but in Tabriz, where security forces murdered a student while many others were arrested. The students’slogans were:

During the 2005 presidential race, Qalibaf, who was a candidate, said, “In 1999, I was one of the club-wielders fighting the students, along with Qassem Soleimani. He said he was proud of his role as a suppressor. He also said, “I, as the commander of the NAJA (State Security Forces), will crush and wipe them.” Rouhani during this time was the Secretary of the Supreme National Security Council and played a major role in the crackdown targeting the protestors. He was so ignorant that in 1999 he referred to students as “thugs,” “corrupt” and “spiteful,” and said their actions should be suppressed.

All the crackdowns during that time only led to a more rebellious drive amidst the student movement. Many of Iran’s youth and students were drawn to the Iranian Opposition, the People’s Mojahedin Organization of Iran (PMOI / MEK Iran), which since the 1980s had been calling for the regime’s overthrow. Some even relocated to Camp Ashraf, Iraq, so that they could join the ongoing struggle against the tyranny of the mullahs. They viewed the (PMOI / MEK Iran) as the only viable organization that wanted to overthrow the religious tyranny of the regime.

Today, Iranian students still struggle against the mullahs’ dictatorship. It was the strange disappearance of two geniuses, Ali Younesi and Amir Hossein Moradi, in Tehran that disturbed the Iranian people. Eventually, after 26 days, the Iranian regime’s judiciary openly admitted to taking these two into custody. It is likely that they ended up in the torture chambers. Their crime, it appears, was their connection with the (PMOI / MEK Iran), one of Iran’s only organizations fighting for fair and free elections. As was quite usual with the regime the two students were accused of storing in their homes explosive devices so this gave them the right to keep them incarcerated.

Younesiwas the winner of a gold medal at the 12th International Olympiad on Astronomy and Astrophysics, which took place in China in 2018. Previously he had been the winner of the silver and gold medals in 2016 at the National Astronomy Olympiad. Amir Hossein in 2017  won the Olympiad silver medal.

“Time and again I have suggested to various officials to go and visit our universities and talk with the students. However, in response they say whenever we do go, the students’ objectives are not to be informed about the country’s issues; in fact, they are interested in tainting the state’s image. That is why officials don’t pay visits to our universities. I am asking you, please, do not prevent an atmosphere of dialogue,” Khamenei said in utter hypocrisy. However, his remarks do shed light on his concern about hatred among Iran’s youths, especially college students, vis-à-vis the mullahs’ regime.