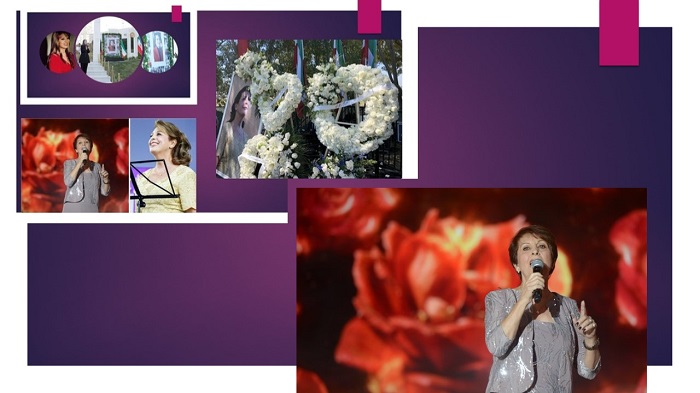 Marjan, the much loved Iranian singer, who recently died at the age of 71 years in the U.S., has attracted condolences from throughout Iran. To begin with, celebrities who didn’t realize that Marjan supported the MEK have since doubted their response.

The Keyham daily, which actively supports the views of the Supreme Leader Ali Khamenei, has been focusing its efforts to force celebrities inside Iran to publicly criticize and condemn the (PMO / MEK Iran). They even compiled a publication of a fake MEK’s “Mojahed” newspaper. This was done partly to dissuade any of Marjan’s fans from involving themselves with her death.

#Iran Regime’s #FakeNews in Action-
Some of the lies the #Iranian regime has said during the past 41 years, would have certainly never passed Goebbels’ mind.https://t.co/5mwmsIrD93

When the news of Marjan’s death was first announced, singers, actors, and actresses who had performed in movies before the 1979 revolution, members of the [PMOI / MEK], and many Iranian celebrities, sent condolences via social media. However, when the fake publication appeared all of a sudden, celebrities tried to distance themselves from the MEK. Following this support for Marjan, the MOIS uploaded a fake publication of the MEK’s newspaper on June 8th, aimed at dissuading anyone from supporting Marjan, but rather they should condemn the existence of MEK in Iran.

Last Saturday, members of the Iranian American community and MEK supporters met up in Los Angeles for Marjan’s funeral and bid their last farewells. At the same time, a message from the Iranian opposition President-elect, Mrs. Maryam Rajavi, who is head of the National Council of Resistance of Iran (NCRI), was also delivered to the ceremony. Marjan was none other than a symbol of rebellion against the tyranny of the mullahs in Iran. Marjan’s songs acted as weapons opposing the regime.

#Maryam_Rajavi, said that Marjan stood up for oppressed women in #Iran and those “who rose and fought the regime” and “are genuine representatives of the suffering of Iranian women and their passionate desire for liberation.” https://t.co/yR0n76Iwsj #MEK #Iranian @USAdarFarsi pic.twitter.com/WigXiLFq6F

Message of the NCRI’s President-elect, Mrs. Maryam Rajavi, was delivered by the US Representative of the NCRI, Mrs. Soona Samsami, at the funeral ceremony for #Majan, a symbol of rebellion against tyranny of clerics in #Iran. The ceremony was held today in Los Angeles. pic.twitter.com/2vuEGZRAyi