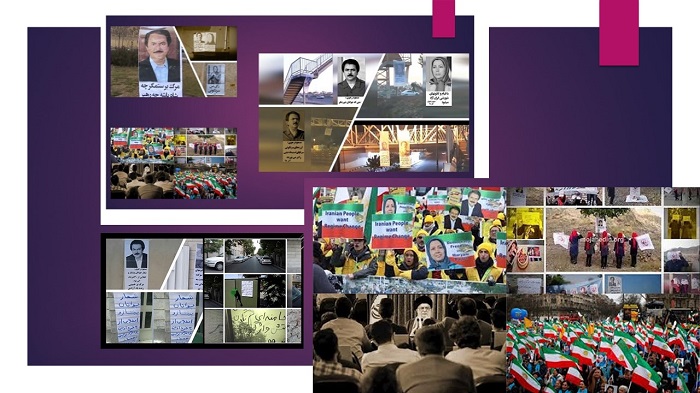 The resistance movement of MEK is now gaining strength as rebel youth and supporters of the People’s Mojahedin Organization of Iran (PMOI / MEK Iran) have begun to post thousands of posters throughout the country, supporting freedom for the Iranian people.

MEK is a member of the National Council of Resistance of Iran (NCRI). On the posters and graffiti are messages from MEK Leaders, Massoud Rajavi and Mrs. Maryam Rajavi

The regime’s attempts to quash the #MEK #Iran Resistance are never going to work. The more the regime tries to suppress the people, the more the people are determined to see the regime fall.https://t.co/sgJ7njmwzu #IRGCTerrorWithoutBorders #Iranian #coronavirus @USAdarFarsi pic.twitter.com/3pbzWDcvp2

The MEK had important messages it wished to get across to Iranians some of which can be found below:

The support for the MEK was noticeable earlier in the week as other anti-regime activities hit the following cities:

The MEK ‘s key message is a message of hope for the Iranian people. The organization has put all its efforts into overthrowing the regime in the hope that today’s generation and those following will benefit from the efforts put in by the MEK today. The regime this time hasn’t been able to put up effective resistance to the MEK.

Thousands of banners and posters have been erected across many of Iran’s cities in recent days by supporters of the #PMOI #MEK #Iran The messages were from the leaders of the main opposition movement in Iran, #NCRIhttps://t.co/ZxGIOL0R6v #Iranian #coronavirus @USAdarFarsi pic.twitter.com/gs41y3X4VD

A key event that took place this week was the anniversary of the death of Ruhollah Khomeini. The MEK never supported Khomeini. This was shown in the slogans used throughout the country such as:

The MEK states that the last 41 years since the overthrow of Khomeini the people have experienced nothing but misery. A clear example of this was in 1988 when at least 30,000 of the regime’s opponents were imprisoned and murdered just because of their beliefs.