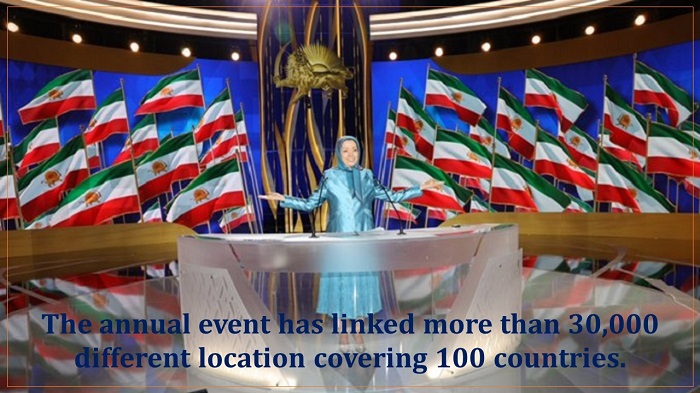 The Iranian regime is getting closer to its final days since the 1979 revolution. This news was shared by the 1000+ attendees of the Free Iran Global Summit that has been taking place this week.

The annual event has linked more than 30,000 different locations covering 100 countries. The focus of the event showcased the Iranian Resistance’s (NCRI) and (PMOI / MEK Iran) continual drive for a regime change in Iran. This sentiment was supported by the dignitaries that were invited to speak at this virtual event.

By his fatwa for the #1988Massacre, Khomeini intended to annihilate the PMOI/MEK generation to guarantee his rule. In those very days, Montazeri wrote him that the Mojahedin were a type of logic which could not be annihilated by killing, but would further propagate. pic.twitter.com/1I6UOjn7Fd

One of the events that showed the Iranians dissatisfaction took place in December 2017 in the city of Mashhad when its residents took to the streets to protest not just about the regime’s economic policies but also concerns about the ever-increasing problems of unemployment and poverty.

Throughout the next year, these grievances spread throughout the country and the common slogan was “death to the dictator.” During these protests, the preferred replacement of the regime’s Supreme Leader Ali Khamenei is the People’s Mojahedin Organization of Iran (PMOI / MEK Iran).

The NCRI’s president-elect, Mrs. Maryam Rajavi had several promises that the Iranian Resistance intends to keep which are:

By November 2019 the desire for regime change had grown in response to a forced increase in fuel prices. The protests that took place ignited fear in the regime who sadly fired live ammunition onto the protesters killing an estimated 1,500 people. There were many arrests with more deaths announced from death sentences inflicted on protestors as confirmed by Iran’s Supreme Court not long before the NCRI summit began.

It is these sorts of criminal activities against the Iranian people that have inspired both local Iranians, expatriates, and other global organizations to call for regime change.

In an interview with FOX NEWS – We expect the international community to adopt a firm policy vis-à-vis the regime in #Iran #FreeIran2020https://t.co/qEGHYi5hQa pic.twitter.com/jSb5rxqcod

As Mrs. Rajavi stated in last Friday’s opening speech at the Free Iran Global Summit, “the masses of people, particularly toilers, destitute people, and the youth, stood face-to-face against the regime. And it was proven that a force capable of overthrowing the regime has emerged and is lurking in the hearts of Iranian cities.

This is the very force the regime’s Interior Minister described as “a fighting force of about 600,000-strong” who, he said, “destroyed regime centers one after another during the November uprising,.”