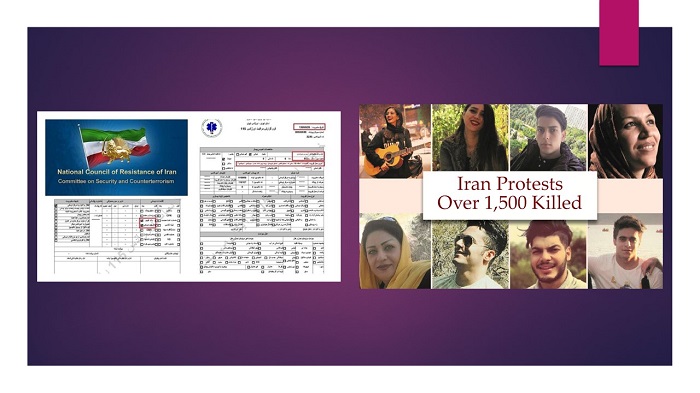 The Security and Counterterrorism Committee of the National Council of Resistance of Iran (NCRI) has got its hands on documents regarding 60 injured victims of the Iranian protests in November 2019.

Some of the information relates to 6 women, some of whom suffered injuries caused by pellet guns fired by the security forces in Tehran.

The (PMOI / MEK Iran), via its supporters’ network across Iran, in December 2019 announced that the regime’s security forces killed over 1500 people across Iran. The (PMOI / MEK Iran), supporters’, after months of collecting information, published the names and pictures of more than 750. A week later, Reuters in its special report in December, confirmed the number of the Iran protests’ to be 1500.

The nationwide protests spread in the different provinces across Iran. At least 400 have been killed in Tehran, 320 in Kermanshah, 270 in Fars, 240 in Khuzestan, 120 in Isfahan, and 100 in Alborz (Karaj).

#Iran” The #Iranian Resistance revealed documents on the transfer of 60 protesters wounded during the nationwide Iran protests in November to the hospitals in Tehran by the Emergency Organization from November 15 to 18, 2019. #IranProtestshttps://t.co/DeoLvzQ8bD

Mrs. Maryam Rajavi, the President-elect of the National Council of Resistance of Iran (NCRI), said: This shocking crime is undoubtedly one of the most horrific crimes of the 21st century and by any measure amounts to a manifest case of crimes against humanity.