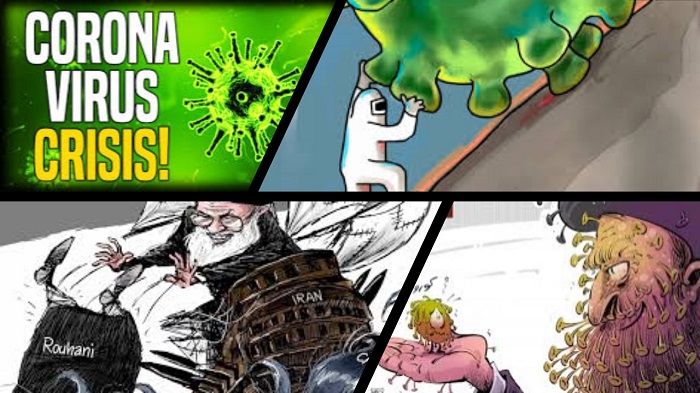 Iranian President Hassan Rouhani finally acknowledged on Saturday that cases of coronavirus in Iran are increasing – a complete turnabout from his previous comments – saying that Iran will “not return to normal circumstances any time soon”.

He failed to note that the major reason for this was the regime’s decision to send the people back to work on April 11, following a lockdown that came too late and wasn’t long enough. Instead, he blamed the people for not abiding by hygiene protocols.

More than 47,800 people have died of the novel #coronavirus in 323 cities checkered across all of #Iran‘s 31 provinces, according to the Iranian opposition PMOI/MEK. pic.twitter.com/zrEFauIiqD

“Our people should not be worried, though. This is actually in our interests in the long run,” he added in his usual hypocritical nature. Rouhani, however, did express grave concerns about revelations regarding the truth of the coronavirus epidemic inside Iran.

He did not explain how more preventable infections and deaths were in Iran’s best interests, instead, simply telling people not to be worried and saying that increasing fear, concern, and hopelessness were “not constructive”.

Other things that are not constructive during a pandemic might be lying about adequate stocks of personal protective equipment, reopening mosques across the country, even in areas that not even the mullahs believe to be virus-free, and increasing working hours. All things that Rouhani did or announced during his speech.

So now, the regime wants to open up the country even more, at a time when he admits infections are rising and the situation is, therefore, not under control. When the infection rates soar again, it doesn’t matter to Rouhani. He’ll just blame the people again.

Maryam Rajavi, the leader of the Iranian Resistance, tweeted: “The mullahs’ inhuman regime is responsible for the new wave of the coronavirus outbreak and the growing number of victims in Iran. They do not think of anything but further plunder and preservation of their disgraceful rule.”

The mullahs’ inhuman regime is responsible for the new wave of the #coronavirus outbreak and the growing number of victims in #Iran. They do not think of anything but further plunder and preservation of their disgraceful rule.https://t.co/gta8P1quUU pic.twitter.com/1afUfWW3ZC

On Sunday, Iranian opposition group, the People’s Mojahedin Organization of Iran (PMOI/MEK) announced that more than 48,200 people had died from the coronavirus in Iran; with deaths being recorded in at least 323 cities across all of Iran’s 31 provinces.

The most recent updated death toll for the provinces is:

This is in addition to previous reports obtained from other provinces and should be considered a minimum because of the secrecy of the regime, who are threatening family members and medical staff against revealing the true causes of death.