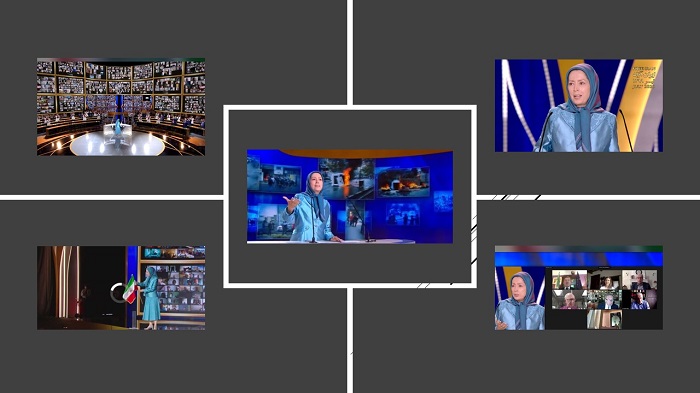 The Free Iran Global Summit that will be held online this Friday, July 17th will be a huge event that is calling for the replacement of the Iranian regime of the mullahs by a democratic, free, non-nuclear, and secular Iranian republic.

31 American dignitaries from both sides of U.S. politics have already signed a letter that declares that “the days of religious fundamentalists controlling Iran are numbered.” Some of these signatories will speak at the Summit, including former Homeland Security Secretary Tom Ridge, former FBI Director Louis Freeh, former Democratic Senator Joe Lieberman, and former New York City Mayor Rudy Giuliani.

“This gathering is for the people of Iran, who are living under tyranny, to let them know their fight for freedom is supported around the world, at the highest levels,” said Mayor @RudyGiuliani at the #FreeIran2020 online conference.https://t.co/yh9pF4pFGP

The letter goes on to say: “The senior officials [of the Iranian regime] at whose direction police murder citizens on the streets and wrongfully arrest innocent people, prison officials torture and execute citizens whose only crime has been expressing the desire for political and religious freedom, and judges enable government tyranny and twist the rule of law, must now be held accountable.”

This declaration intended to show support for the principal opposition organization in Iran, the National Council of Resistance of Iran (NCRI), which is the organization holding the Free Iran Summit.

It is expected that hundreds of thousands of Iranians located all over the world will attend this historic gathering. Also, over 1,000 experts, former officials, scholars, parliamentarians, and politicians will participate.

Iran Rising Up for Freedom | Resistance Units Key to Victoryhttps://t.co/tGC1qFHgvk

The Summit occurs at an auspicious time when the Iranian regime is on its last legs. The regime has been threatened by its inept handling of the Covid-19 epidemic, economic collapse, and nationwide uprisings. In the protests that have wracked Iranian cities in the last two years, the common call is “Death to the dictator.”

The clerical regime feels threatened by these uprisings and the annual international summits. The 2018 NCRI gathering in Paris witnessed an attempt to bomb it. Fortunately, the bombing attempt failed before anyone was hurt or killed and the people involved in the attempt, including an Iranian diplomat, are facing trial in Belgium. If it hadn’t been for the authorities who prevented the bombing plot, the attack could have been the most devastating in recent times on European soil.

As the letter states, “there is a beacon of hope in this dark landscape,” it adds. “The one organization that has done more than any other entity, including governments, to free Iranian citizens from tyranny and the world from fundamentalist-inspired terrorism is the National Council of Resistance of Iran (NCRI).”

The NCRI and the (PMOI / MEK Iran), the main member of the organization, have made substantial progress towards creating a free and democratic Iran despite considerable sacrifice. At the NCRI’s base in Ashraf-3 in Albania, there is a large display that documents the terrorist acts and human rights abuses conducted by the regime.

As the U.S. dignitaries recommended in their letter, “countries that have been victimized by Iranian-government sponsored terrorism, including the US and its European allies, send teams of experts to study the evidence at Ashraf-3 while organizing their evidence for eventual use in international tribunal proceedings,”

The Iranian opposition movement has been insisting all along that appeasement of the Iranian regime will only persuade the regime to continue with its acts of state-sponsored terror and brutal suppression of its people as well as nuclear proliferation.

The Free Iran Summit on July 17th will be the largest event held online of its type to be held. It is calling for a free, democratic, non-nuclear, and secular Iranian republic. The Summit will reinforce the message to the international community to hold the Iranian regime to account.