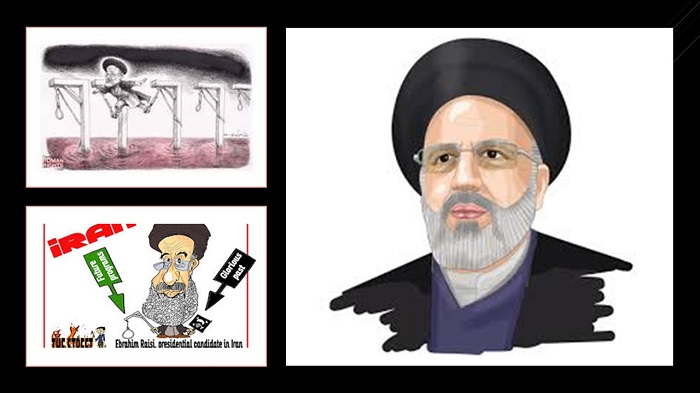 Many members of the People’s Mojahedin Organization of Iran (PMOI / MEK Iran) were killed by the Iranian regime in a massacre in 1988. It is estimated that 30,000 political prisoners lost their lives.

This all took place in the summer when political prisoners were questioned about their political alignments and how loyal they were to the regime. If they defiantly stuck to their beliefs, the death commissions executed them, sometimes in large groups. Over a few short months, more than 30,000 had lost their lives and many were buried in mass graves making it impossible to calculate the true death toll. These crimes against humanity were later completely hidden as the burial sites were paved over.

These sorts of incidents are still taking place, with indications that hundreds of defiant people are executed every year and most of these deaths are not even recorded by the judiciary. The People’s Mojahedin Organization of Iran (PMOI / MEK Iran) is one of the few groups which have managed to identify some of those dissidents who have been the subject of executions. This information has been passed on to the international community as an example of a breach of human rights. The regime has refused to admit how it brutally handles anyone who doesn’t support them. This has been the regime’s method of operation since the 1988 massacre. It tries to dismiss anything that the (PMOI / MEK Iran) says.

However, Amnesty International is fully aware of the building projects that have been controlled by the regime which seek to conceal the mass graves. They have stated that soon evidence of these atrocities will be lost forever.

The longer the dream of regime change is deferred, the more “stick wielders” and “hanging judges” will pack the upper echelons of the Iranian regime.https://t.co/3wellj5ryi #Iran #MEK #IRGCTerrorWithoutBorders #coronavirus @USAdarFarsi pic.twitter.com/nuoyLSZTbZ

MEK has the key details about the massacres

As yet, the United Nations hasn’t started to conduct an investigation into these politically motivated executions. The (PMOI / MEK Iran) know the names of many victims as they were (PMOI / MEK Iran) supporters, but the regime certainly hasn’t openly denied this. The key reason for this is due to a 2016 recording made by an official in 2016 who disagreed with the regime’s executions. Since then there has been no real attempt to silence anyone who speaks out about these murders.

Following the leaking of the audio recording, the then-Justice Minister Mostafa Pourmohammadi announced in an interview with state media that it was “God’s wIll’ that anyone who supported the (PMOI / MEK Iran) must die.  These views are now consistent with the beliefs of the present head of the judiciary, Ebrahim Raisi, and by another ex-official of the regime, Morteza Moghtadaei. Both these two figures played a key role in the vicious massacres and were supported by the regime.

Just recently, Raisi stated in a TV interview when he was questioned about his key role in sentencing dissidents to execution. He said the Iman at the time fully supported him for his actions. A day before Raisi’s interview, Moghtadaei came out with a similar response.  Despite criticisms, Khomeini had taken the actions seriously and supported the massacres as they took place.

Both Raisi and Moghtadaei were quite confident in supporting the massacres and never at any point have they tried to conceal them.  However, there was no point in trying to refute an event that has now been proven to take place due to information revealed in a leaked audio-recording about events that took place 30 years ago. The fact that the regime was proud of the massacre gives them another reason for not concealing these human rights abuses.

The biggest fear now is if the regime isn’t challenged for its atrocities soon that as Khomeini starts to increasingly lose his hold, he may turn to similar tactics to repress any potential successors.

In late July, the National Council of Resistance of Iran (NCRI) will be hosting its yearly “Iran Freedom” rally to evaluate the challenges that the regime is now facing and to suggest policies that will urge Iranians to carry on acting in opposition to their vicious government.

The NCRI rally hopefully by emphasizing the worst aspects of the regime will encourage opposition to it before another round of executions takes place ordered by the ailing regime.