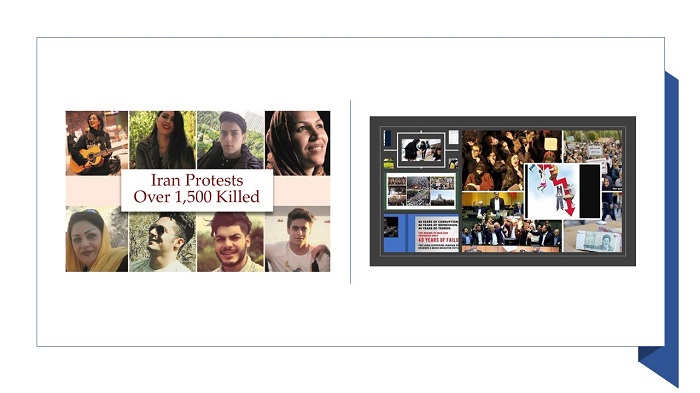 As a sign that the Iranian regime is in full panic mode, the IRGC (Revolutionary Guards) has just appointed a new acting commander of Tehran’s Sarallah Base, the main purpose of which is to quell protests and uprisings by the people of Iran.

The IRGC’s main role is to keep order in Iran, prevent any sort of uprising, and in particular, concerns over the increased activities of the Iranian opposition People’s Mojahedin Organization of Iran (PMOI / MEK Iran) Resistance Units in cities and towns across the country. The Sarallah Base is the main security base of the IRGC in the city of Tehran and was established in 1995.

Under the operational control of Sarallah Base are the police, Ministry of Intelligence, and all other government ministries in times of crisis. The Sarallah Base is also in command of several other provincial garrisons of the IRGC. These are Imam Hassan Garrison in Alborz Province, Sayed al-Shohada Garrison in Tehran Province, and Greater Tehran, Mohammad Rasoulallah Garrison. There are also several hundreds of Basij militia bases, the 10th Division of the IRGC in Karaj and the 27th Division in Tehran itself under Sarallah’s control.

The Sarallah Base played a vital role in the regime’s violent reaction to last year’s November riots and protests which lead to widespread killings and imprisonment of thousands of protestors.

Hossein Nejat has been with the IRGC for 40 years. His full name is Mohammad Hossein Zibaee Nejad. In his role as one of the IRGC’s intelligence officers, he was the counter-intelligence chief at the Khatam al-Anbia base during the Iran-Iraq war. This base is now in control of Iran’s economy. During the war, it was the IRGC’s most important base.

Nejat was also the Vali-e Amr Corps Commander. This body was originally established to protect Ali Khamenei and other officials. Nejat played an important role in suppressing the protests that took place in Tehran in 2009.

Between 2016 and 2019, Nejat was appointed as the senior deputy to the IRGC’s Intelligence Chief, Hossein Taeb.

Supreme Leader Ali Khamenei is in direct control of the IRGC’s Intelligence Organization. Hossein Nejat was promoted to the post of IRGC deputy commander for cultural affairs in 2019, a position used to oversee propaganda and extremism abroad that the regime considers appropriate.

Significantly, Hossein Nejat has been appointed at this particular point in time when the country has been afflicted with a deadly disease and the country is at the stage of a powder keg, ready to explode at any minute.

The dire situation that the country is in is a direct result of forty years of oppression of the Iranian people and a completely inadequate response to the Covid-19 epidemic, particularly the regime’s decision to try and end restrictions and force people back to work.

The appointment of the new Sarallah Base acting commander is a desperate move in what are desperate times for the mullahs’ regime as the nation becomes restive and yearns for freedom and change.