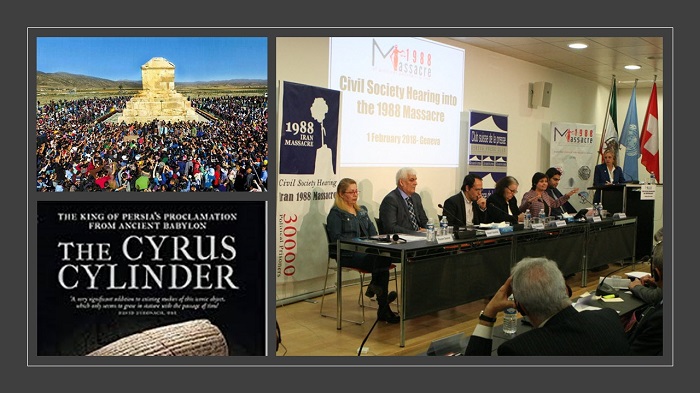 The Iranian mullahs’ regime has given up on its silence about Iran’s main opposition organization, the People’s Mojahedin Organization of Iran (PMOI / MEK Iran), and is now launching verbal attacks as the influence of the (PMOI / MEK Iran) becomes stronger, especially amongst Iran’s youth.

Ali Khamenei, the regime’s supreme leader, has already stated his concern that the (PMOI / MEK Iran) will influence the opinions of young people in Iran.

During one single summer, more than 30,000 members of the People’s Mojahedin Organization of Iran (PMOI / MEK Iran) were executed on the orders of the Supreme Leader at that time. https://t.co/W8EYc5QGrI#Iran #MEK #IRGCTerrorWithoutBorders #Iranian #coronavirus @USAdarFarsi pic.twitter.com/BluhCqkokd

“… in a situation that regime’s own officials acknowledge that the MEK is attracting youth, following the policy of contraction has only one destination: more public outrage and nationwide uprisings to overthrow the regime.”#Iranhttps://t.co/59MUcYcW1x

The Iranian regime has not been too concerned with what Western nations regard as human rights. It has routinely sponsored terrorist attacks in the region and hostage-taking in order to increase its influence. When asked about human rights and why other nations questioned the mullahs’ record, Bagheri answered “What they call human rights, we do not accept a lot of it.

What they call human rights is in contradiction with our religious, as well as our historical and nationalistic basics. We do not accept them, and there is no reason why we should adapt our actions to their standards. We are an old nation boasting a historical civilization.” He went on to say that if Iran had wanted to observe the same rights as the West, there wouldn’t have been a revolution. “The West and the US want us to behave according to their standards, and we do not accept this,” he said.

Ali Khamenei used this discussion to get the Basij mercenaries to express their fear over this rise in support for the #MEK #Iran
BACK ON MARCH 29TH, 1980 EVEN LE MONDE THE FRENCH NEWSPAPER REPORTED THAT RAJAVI, HAS MANY SYMPATHIZERShttps://t.co/pR2csBSvz5#COVID19 @USAdarFarsi pic.twitter.com/3yWDUQy6Ax

Bagheri obviously doesn’t recall that one of the best-known supporters of human rights from antiquity was the Persian, Cyrus the Great. It was he who liberated the Jews from Babylon in 540 B.C., as well as other ethnic minorities, under the rule of the Persian Empire. In fact, Bagheri’s so-called “standards” are not those of ordinary Iranians, but the standards of the medieval mullahs’ regime.

Bagheri himself is in fact the counselor to a man who had a leading role in the slaughter of Iranian political prisoners in 1988, Ebrahim Raisi.