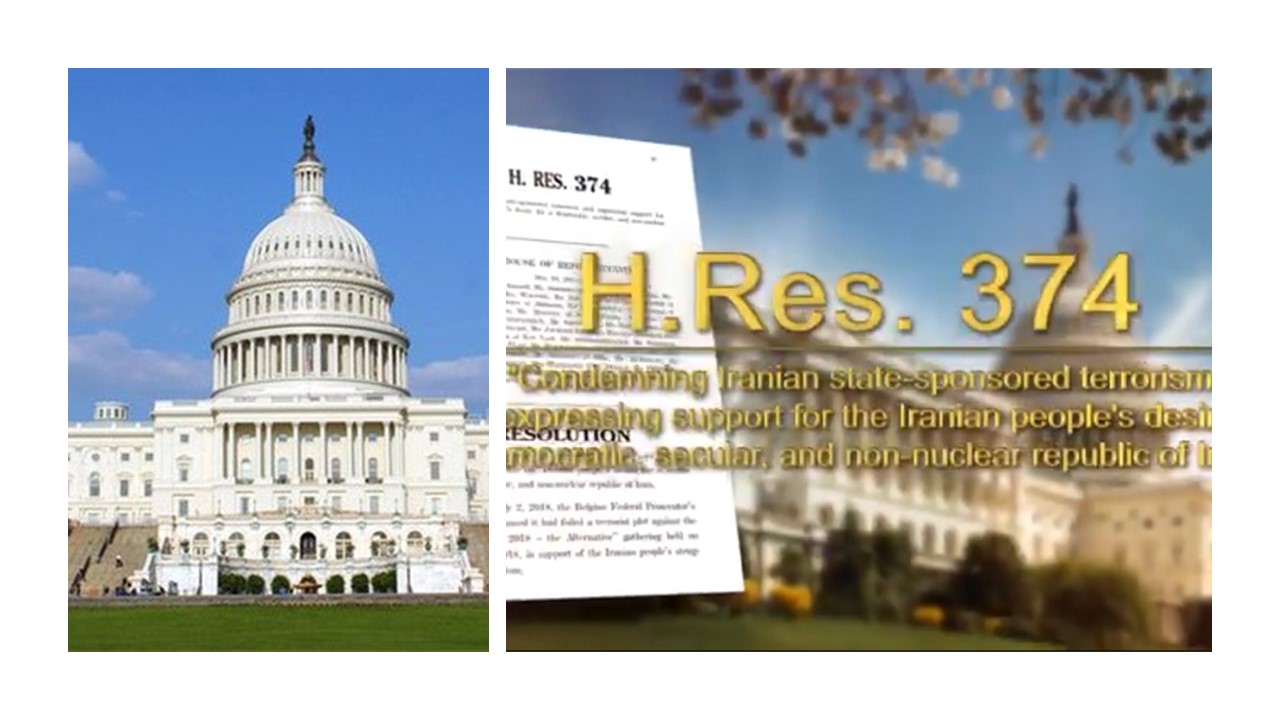 The Organization of the Iranian American Communities (OIAC) recently took part in a virtual conference, which senior U.S. lawmakers and important personalities attended.

Its purpose was to initiate House Resolution 374, aimed at countering the Iranian regime’s threats, United States policy, and what tactics were required to enable support for the Iranian masses as they fight for freedom.  While this resolution is being unveiled, Iranian society has had to put up with several unbearable crises, including the unpredicted COVID-19 pandemic, financial hardship, and particularly the regime’s repressive, brutal tactics used to stop further protests like those that took place in 2019, which ended in 1,500 lives being lost,

The majority of the members of the United State House of Representatives backed on Wednesday, June 17, a resolution in support of the Iranian Resistance and condemning the terrorist activities of the Iranian regime.#FreeIranhttps://t.co/cwFnXuA7tI

Iranian society is waiting for the opportunity to grab freedom

Res. 374 is supported by most of the members of the U.S. House of Representatives from 41 states and 12 committees which includes the following:

FOX NEWS: Majority of House members back resolution supporting #Iran|ian opposition, condemning regime’s terror@A_Jafarzadeh: It was comforting to see that this resolution by a House Majority has also addressed the terror plot in the US against our mvmnt.https://t.co/FVwFMyHGOP

The resolution aimed at resolving threats made by the current regime

This suggested solution depends upon the Iranian people. So far, the Iranian resistance including the NCRI and (PMOI / MEK Iran), has gained massive support to overthrow this regime. Because of this show of support, the regime is focusing on oppressing the supporters by preventing protests, instigating arrests, and inflicting torture and even death on these opposition forces.

Maryam Rajavi: The People of #Iran Are More Determined Than Ever to Continue the Struggle for Freedom
Message to a virtual conference announcing the support of the majority of U.S. Congress for Resolution 374 to stand with Iran’s People and Resistancehttps://t.co/jNZYPoQZqq

Mrs. Maryam Rajavi sent a clear message to the video conference stating that because of this Resolution and its support by most members of Congress, it shows how the American people support the Iranian people’s wish for a free Iran, which means:

Mrs. Rajavi said in her address that she was, “delighted that most lawmakers have condemned the terrorist activities of the mullahs’ regime through its so-called diplomatic missions and terrorist-diplomats.  The Iranian Resistance commends the call to hold the mullahs accountable and to adopt decisive measures, such as the closure of the regime’s centers of espionage and terror in Europe, including in Albania.”

What members of the congress said:

This resolution coincides with the United Nations Secretary-General Antonio Guterres’ report to the Security Council which confirmed that the missiles that were used in a few attacks on oil installations and an international airport in Saudi Arabia came from Iran.

Res. 374, signed by most of the U.S. House of Representatives, is summarized with the following statements: