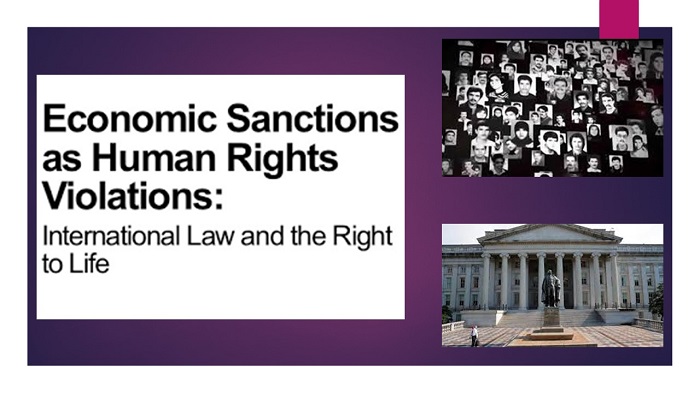 On Wednesday, May 20, the United States Treasury Department’s Office of Foreign Assets Control (OFAC) announced the imposition of new sanctions against high-ranking officials in the Iranian regime for human rights abuses against the Iranian people.

The regime’s Interior Minister  Abdolreza Rahmani Fazli, seven senior officials of the Law Enforcement Forces (LEF), and a provincial commander of the Revolutionary Guards (IRGC) were individually sanctioned for their human rights abuses. The Bonyad Taavon NAJA (translated as LEF Cooperative Foundation) was also sanctioned, along with its director and members of its board of trustees.

No Sanctions Relief for #Iranian Regime While It Refuses to Help Its Own People
Khamenei wields control over hundreds of billions of dollars in assets that are being held in religious foundations and other institutions scattered around #Iran. #Covid_19https://t.co/GYPihnCNtj

The security officials sanctioned along with Rahmani Fazli include:

U.S. Treasury Secretary Steven T. Munchin strongly condemned the Iranian regime’s suppression of its people in the press release announcing the sanctions. “The Iranian regime violently suppresses dissent of the Iranian people, including peaceful protests, through physical and psychological abuse,” Mnuchin stated. “The United States will continue to hold accountable Iranian officials and institutions that oppress and abuse their people.”

The press release described the “key role” the LEF has played in the regime’s human rights abuses, including the crackdown on protesters and the abuse of prisoners in its detention centers. The statement also called attention to the LEF’s treatment of Afghan migrants, “sending them to deportation centers where the IRGC has reportedly coerced many into fighting for Iranian militias in Syria. In May 2020, the LEF was implicated in the torture and drowning of Afghan nationals attempting to cross into Iran,” the U.S. press release read, condemning the inhumane treatment of migrants.

Regime Interior Minister Rahmani Fazli received harsh criticism for his actions during the November Uprisings. “As the Iranian regime’s Interior Minister and chair of Iran’s National Domestic Security Council (NDSC), Abdolreza Rahmani Fazlihas responsibilities for overseeing internal security issues, including Iran’s LEF. Rahmani Fazli holds the title of ‘Deputy or Replacement Commander-in-Chief of Police Forces,’ as delegated to him by the Supreme Leader. Rahmani Fazli has issued orders authorizing the LEF to use lethal force in response to the November 2019 protests, resulting in violence against peaceful protestors and bystanders. His orders led to the killing of many protestors, including at least 23 minors,” the press release stated.

The statement went on to add that Fazli has used his position to publicly discourage protestors from gathering, “emphasizing that the LEF would crackdown.”  It further stated that the Ministry of Interior has routinely denied permits to protesters or granted them and then refused to provide security for the gatherings. “Additionally, Rahmani Fazli as chair of the NDSC was involved in the Iranian regime’s decision to impose the days-long internet blackout of the November 2019 protests,” read the statement.

More than 1,500 people were killed by regime security forces and another 12,000 were arrested during the November Uprisings, according to the MEK. The vast majority of these protesters remain imprisoned despite numerous outbreaks in Iranian prisons due to unhygienic conditions and severe overcrowding.

Students were arrested because of their links to the People’s Mojahedin of Iran (MEK Iran-PMOI).https://t.co/mpWt1VKRBs#Iran #MEK #coronavirus @USAdarFarsi pic.twitter.com/PZmf2eTdnN

Actions during the Pandemic

Fazli helped create the current crisis in Iran as well. The regime’s Majlis (parliamentary) elections were held on February 21, two days after the regime acknowledged that coronavirus had reached its shores. The city of Qom was the epicenter of the outbreak and already had well over 50 deaths. The regime chose to ignore the danger and proceed with the election. On February 23, Fazli said, “Some people recommended that we postpone the election. Regarding Qom, they insisted we postpone the election in the city. As the official responsible for the election, I did not accept any of these (recommendations).”

In mid-April public health officials (including many within the regime) cautioned against reopening the country before the virus was contained. Fazli was one of the loudest voices calling for people to return to work. Predictably, the second wave of infections has caused the death toll to skyrocket. On Wednesday, the MEK Iran announced that more than 43,100 people in 319 cities in all 31 provinces in Iran have died from COVID-19, the disease caused by the novel coronavirus. Fazli played a direct role in worsening both waves of the coronavirus in Iran.