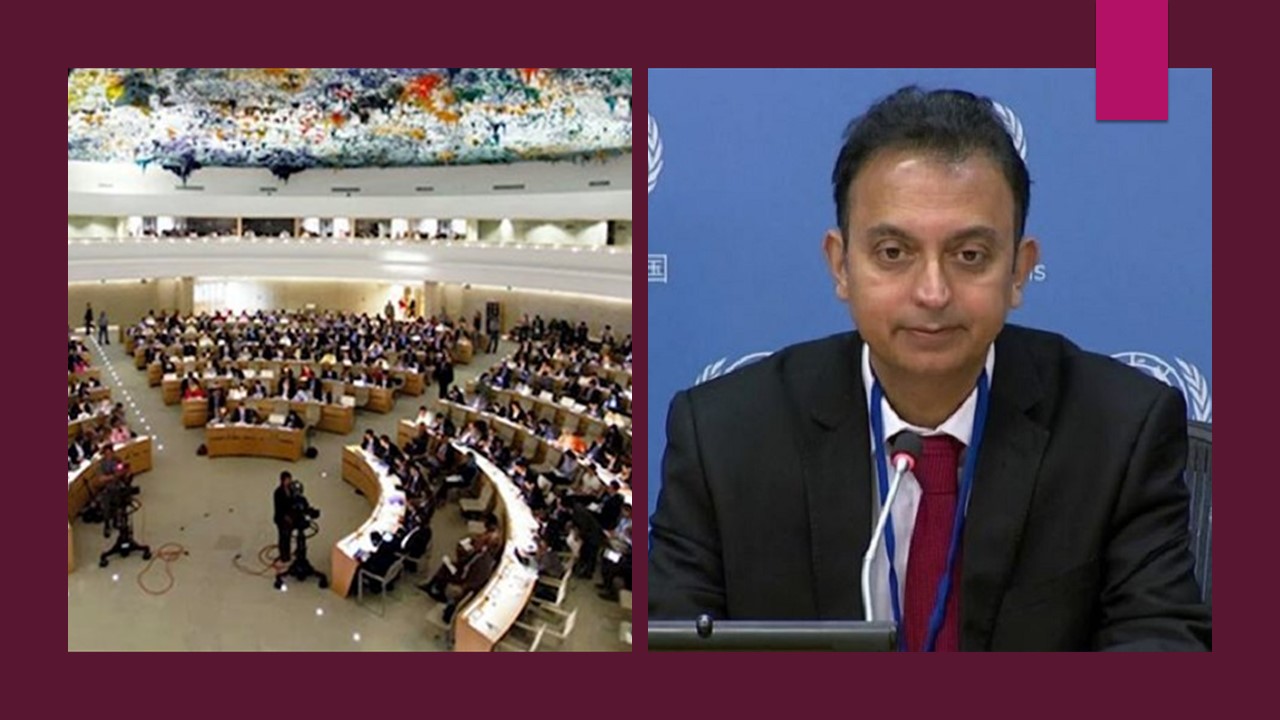 Before the start of the voting, Denmark’s representative showed concern over the situation regarding human rights in Iran, specifically concerning the use of capital punishment, and has asked the Special Rapporteur to monitor closely the human rights in Iran.

The Council has requested as a matter of urgency that the Iranian regime cooperates fully with the Special Rapporteur and allows access for visits to the country.

The regime’s reaction has been far from co-operative as it attempts to conceal its unacceptable human rights record. The regime’s Ministry of Foreign Affairs claimed that the resolution was based on a “selective attitude and political goals.” The regime’s Judiciary, which is responsible for all violations of human rights, said last Monday on the Mizan website that “The Human Rights Council has agreed to extend Javaid Rehman’s mandate, while his reports about Iran have been completely biased.”

There was a report released on February 19th in which Mr. Rehman said he “was shocked” by the deaths, the serious injuries, and mistreatment of those arrested and detained in the protests that took place last November.”

The Iran HRM on June 14th stated that 100 prison inmates had been executed in Iran between January and mid-June 2020. It said some of these had taken place in secret and at least two women in January of this year were hanged.  One of them was Maliheh Haj Hassani, who was hanged in Adelabad Prison in Shiraz. The state-run press revealed that another woman was called Sara, aged 32 years, who was hanged in the Central Prison of Mashhad.

OHCHR, at the meeting on 22 June, extended the mission of Javaid Rehman, the UN Special Rapporteur on human rights in #Iran, for another year with the positive vote of 22 countries. #IranHumanRights pic.twitter.com/iCOUYeIwJW

The Iran HRM in its May 2020 release stated that the Ministry of Intelligence and Security (MOIS) and the IRGC Intelligence Organization had arrested and summonsed many young activists, particularly from the families and supporters of the People’s Mojahedin Organization of Iran (PMOI / MEK Iran). Many were imprisoned. A few were released under the condition they would not participate in anti-regime activities. Ali Younesi and Amir-Hossein Moradi were two of those arrested and are both award-winning students at Sharif University of Technology. The charges laid against them were their alleged association with the MEK.

The international community has the responsibility to act now to prevent a humanitarian catastrophe.

Sadly, the regime cannot tolerate any resistance to its policies and will do anything to stop protests. To quell any opposition, it has resorted to violating human rights by arbitrarily arresting opponents and not only mistreating while they are held in custody but even executing them without trial. The spread of COVID-19 has led to even more oppression enabling the regime to use the virus as a cover-up for further atrocities against honest, law-abiding Iranians.

Mrs. Maryam Rajavi, the president-elect of the National Council of Resistance of Iran (NCRI), has many times urged the UN Secretary-General to send out an “international fact-finding mission to Iran” to conduct a detailed investigation of the conditions of protesters arrested in last November’s protests and check the conditions of the Iranian prisons where these protestors are held, often without a trial which is an abuse of human rights.