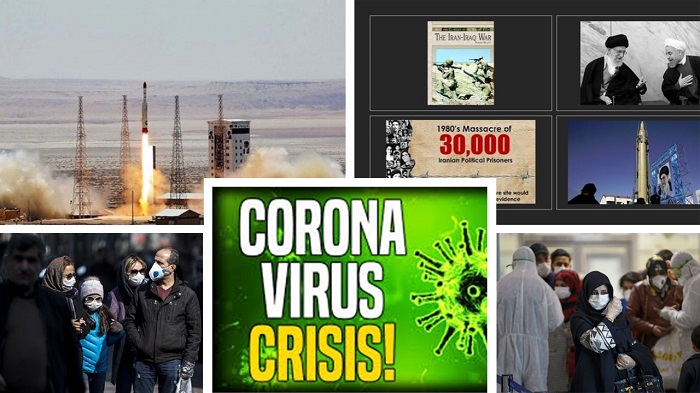 The death toll from COVID-19 in Iran is now standing at more than 50,500, according to facts accessed by the People’s Mojahedin Organization of Iran (PMOI / MEK Iran). At the same time, the regime is coming out with a ridiculously low figure of 8,351, which is 1/6th of the true figure.

The Regime Knew About Coronavirus But Did Nothing

What is now commonly referred to as COVID-19 was known about by the regime before the first deaths took place on February 19th in Qom. This evidence was discovered by the (PMOI / MEK Iran) after it viewed documents registered in hospitals in Qom and Tehran showing that early February was when the first cases were registered in the hospitals.

Boycotting this election is a patriotic duty & a pledge with the martyrs of the November 2019 uprising #Iran #BoycottIranShamElections pic.twitter.com/oAzKBwDbPp

Two factors partly contributed to the cover-up by the regime. The first was it didn’t want to scare people off from coming to the February 11th pro-regime rallies which were celebrating the 1979 revolution while, secondly, elections were due to take place on February 21st and it didn’t want to dissuade voters from turning up to vote because of the virus.

Because of these unbelievable decisions, the virus spread unabated through many communities, leaving many dead in its wake. There wasn’t even any effort made to halt traffic between Iran and China, the then epicenter of the virus outbreak.

It was Mahan Air that was later found to be one of the companies responsible for allowing the uncontrolled spreading of the virus because of its long association with the Revolutionary Guards (IRGC). It was also involved in smuggling operations.

More than 50,500 people have died of the novel #coronavirus in 327 cities checkered across all of #Iran‘s 31 provinces, according to the Iranian opposition PMOI/MEK. pic.twitter.com/4MIajXZfL0

The choices for Iran

As the spread of COVID-19 worsened, an Iranian student research group on March 24th predicted that under present conditions at that time 3.5 million Iranians could die. This think tank suggested that quarantining 80% of the population was the only real way out, but still, by April 1st 120,000 Iranians would have been infected with a loss of 12,000 lives. The next best alternative was to keep around 50% of the population separate from one another which would lead to 300,000 infections and 110,000 deaths. If the regime did nothing and wouldn’t accept any form of quarantine, 65% of the population would become infected by COVID-19 and millions would lose their lives.

The Iranian regime’s president, Hassan Rouhani, is the poor, uncaring leader he is decided that compulsory quarantine of cities would not take place, as this is only a suggestion by the anti-regime organizations who just wanted the economy completely shut down.

The priority of the regime throughout the global COVID-19 pandemic was to maintain its rule. It told Iranians that the economy had to stay open and the people had to go back to work, whatever the consequences for their health. Rouhani justified his position by saying if up to 3 million die due to COVID-19, it was better than 30 million Iranians going hungry.  On April 9th, Khamenei stated that COVID-19 was only a small crisis. He related to the two world wars when 2 million died due to the conflict.

Fortunately, for the Iranian people, Khamenei’s strategy of providing false information about the daily death toll and infection rate has not been kept secret, as the (PMOI / MEK Iran) has been getting the most reliable and up-to-date facts and figures through its internal network. Because (PMOI / MEK Iran) is telling the truth, members of Iran’s Coronavirus Task Force now doubt the regime’s statistics.

Rouhani’s reaction to the truth has irritated him so he has decided the facts are provided by those spreading foreign propaganda. There is little doubt though that the regime has handled the whole scenario badly and there could have been many fewer deaths.

Money is available but has not been released

The Iranian Resistance (NCRI) has stated over and over again that Khamenei holds control of the assets of several massive financial institutions, like Astan-e Quds Razavi, and the Execution of Khomeini’s Order. They both possess billions of dollars’ worth of financial resources that could be used to help out hard-up Iranians while they were enduring the financial hardship from the lockdown. However, he wouldn’t release any money at all but he still used this money to develop nuclear weapons and ballistic missiles and to provide money for terrorist activities in the Middle East region.