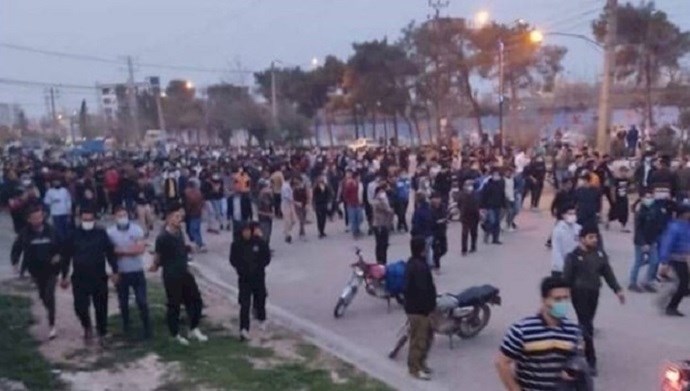 The National Council of Resistance of Iran (NCRI), and the People’s Mujahedin of Iran (PMOI / MEK Iran), reported that the protests erupted in northeast Iran on March 23 following the Iranian judiciary’s refusal to bring an accused child rapist to justice.

A security guard in Golestan Dam is accused of raping two young girls, one aged 7 and one aged 8, but when their relatives pressed charges, the prosecutor rejected the complaint and claimed that the forensics report did not mention any signs of rape.

He instead charged the man with “kidnapping”, which resulted in a protest by residents of Arab Sharank village. The State Security Forces (SSF) tried to stop the protest, suppressing the people, but the people fought back, even breaking the windows of SSF cars.

Of course, this is far from the only protest in Iran last week and anyone could prove to be the spark the ignites the next uprising. After all, the country is a powder keg just waiting to explode, as it did during the 2017 and 2019 uprisings.

Also, on March 23, people in southeast Iran fought with two members of the Revolutionary Guards (IRGC) who attempted to steal jewelry from three Baluchi women. The protesters set fire to the IRGC vehicle.

While a Chabahar fisherman, whose livelihood was damaged by Chinese trawler fishing, protested to Deputy Fisheries Minister Parviz Mohebbi in a video shown on social media.

He told Mohebbi: “[Our poverty] is due to the [works of Chinese trawlers.] We have no shoes to wear.”

On Sunday, pest control workers at Haft Tappeh Sugarcane Factory in southwest Iran protested outside the company’s security office for the second consecutive day over wage delays and job insecurity.

All of this can be shown against a backdrop of extreme poverty and an ongoing health crisis, which is not being controlled because the regime thinks that the COVID-19 pandemic is useful in stopping the widespread protests that could overthrow them. The National Council of Resistance of Iran (NCRI), and the People’s Mujahedin of Iran (PMOI / MEK Iran), reported that the coronavirus death toll in 5126 cities surpasses 240,200.

And, as if that wasn’t bad enough, the regime now plans to intimidate the public through the killing of protesters, as evidenced by the comments of Judiciary Chief Ebrahim Raisi on Wednesday.

Raisi, one of those responsible for the 1988 massacre of 30,000 political prisoners, said: “No insecurity in society is tolerable; the police and security officials should let disruptors act.”

But even regime officials are saying that this is a doomed plan.

Former Roads and Urban Development Minister Abbas Akhundi said: “I swear to God that with arresting, with guns and violence, we cannot solve problems such as inflation or control the society.”