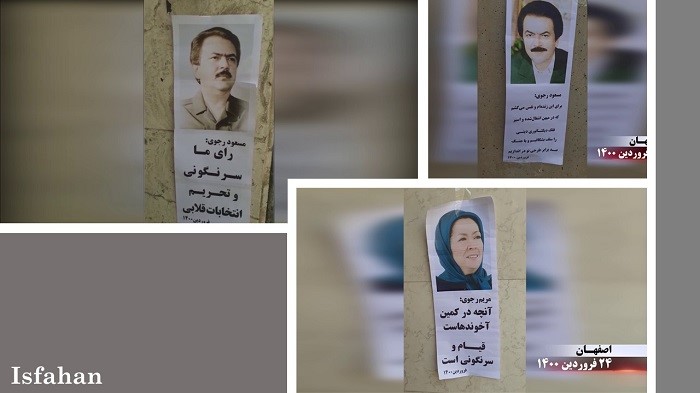 The Iranian National Resistance Council (NCRI) and the People’s Mojahedin of Iran (PMOI / MEK Iran) have announced that Iran’s fake presidential election, which is scheduled for the late spring of 2021, will be one of the difficult crossings and passes for the government as a whole. The citizens of Iran are expected to boycott the polls, as they did just over a year ago in the parliamentary elections.

Maryam Rajavi, president-elected of NCRI, talked about the day that Iran’s clerical dictatorship is overthrown at last: “This duty shall be fulfilled at the end of a maximum 6-month period after the clerical regime’s overthrow by forming the ‘National Constituent and Legislative Assembly’ through free and popular elections, with direct, equal and secret ballots cast by the people of Iran.”

She said the NCRI will step down and give up its delegation to assembling the National Constituent and Legislative Assembly, as “power and sovereignty belong to the Iranian People’s Republic” once it has been set up and ready to assume and fulfill its responsibilities and obligations.

“The NCRI is duty-bound to transfer sovereignty to the people of Iran. It has declared that achieving people’s sovereignty…is the most precious outcome of the Iranian peoples’ just resistance.” Maryam Rajavi added.

Maryam Rajavi claims that the visionary constitution of the future is centered on freedom, democracy, and equality and that the NCRI is committed to helping create a democratic and free society. “The goal is to facilitate people’s participation in all respects and to empower them to manage their affairs,” said Dr. Mohammad Mossadeq, the former Prime Minister of Iran.

The (PMOI / MEK Iran), along with other avant-garde activist groups, paved the way several decades ago to abolish the current government. Th

e Iranian resistance has continued, like its predecessors, to do its utmost to ensure that every Iranian citizen has freedom of choice.

Today, our constitution remains engraved in the hearts of each and every Iranian. And tomorrow, it will be drafted by elected representatives of the Iranian people in a Constituent Assembly.”

“We have said since the onset, and we repeat, that as soon as the mullahs hold a free election, provided that it is supervised by the UN, we will immediately accept it and there would be no reason for continuing our resistance.” Maryam Rajavi continued to add.

She noted that the constitution is rooted in pluralism, religion and state separation, women’s equal rights, and Iranian women’s active and equal involvement in political leadership roles. She also wants a country that has no torture and executions and insists that all ethnic groups and religious minorities who call Iran home have equal rights.